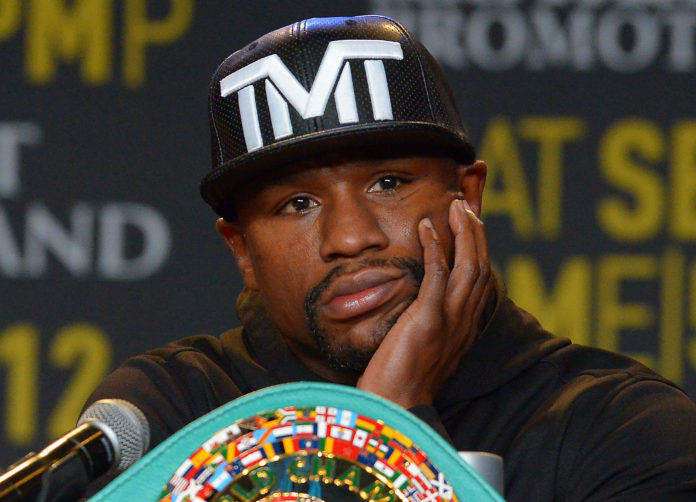 Floyd “Money” Mayweather was planning a comeback to the in-ring competition but is now rumored to be calling it off in light of the two tragic deaths of those closest to him.

In the last week, Mayweather lost his ex and mother to three of his children, Josie Harris, along with his uncle and trainer, Roger Mayweather.

Harris died last week unexpectedly in a car in front of her Valencia, CA home. Uncle Roger was battling an illness.

With both of those deaths occurring in quick succession, the 43-year-old undefeated boxer is now likely backing away from an event with the UFC and another fight with a boxer, TMZ reports.

“My uncle was one of the most important people in my life inside and outside of the ring,” Mayweather Jr. said in a statement. “Roger was a great champion and one of the best trainers in boxing. Unfortunately, his health was failing him for several years and now he can finally rest in peace.

“Roger meant the world to me, my father Floyd Sr., my uncle Jeff, our whole family, everyone in and around the Mayweather Boxing Gym and the entire boxing world. It is a terrible loss for all of us.

We are thankful for all the love and well-wishes we have already received as word traveled about Roger’s passing. It helps me to see that he was able to touch so many people through his life in boxing, because he gave so much to the sport which was his first and longtime love.”

He also paid tribute to his uncle in a Throwback Thursday Instagram post: “Thanks for always having my back Uncle Roger! RIP Black Mamba.”

Earlier in the week, Mayweather Jr. posted a stream of images of him and Harris in happier times. He referred to her as both “My Baby” and “My Better Half.”

#TBT Thanks for always having my back Uncle Roger! RIP Black Mamba