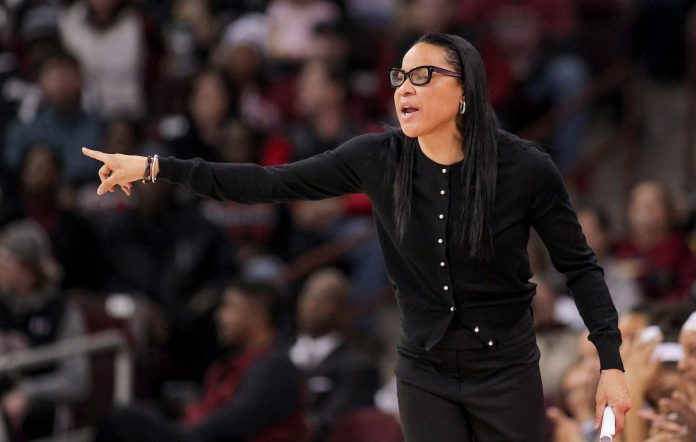 South Carolina women’s basketball head coach Dawn Staley is one of 10 semifinalists for the 2020 Werner Ladder Naismith Women’s Coach of the Year, the Atlanta Tipoff Club announced today. The honor comes one day after SEC coaches tapped her for SEC Coach of the Year honors for the fourth time in her career.

Staley welcomed the No. 1 recruiting class in the country to her program with one of the most challenging schedules in the country. Her leadership in blending six returning letter winners with the newcomers lifted the Gamecocks to their fifth SEC regular-season championship and the No. 1 ranking in both the Associated Press and USA Today/WBCA Coaches’ Polls. Starting three of those freshmen, Staley’s Gamecocks average more points than any other team in program history, and its defense is holding opponents to the third-lowest scoring average in program history. South Carolina’s team-first mentality has led to eight different Gamecocks leading or tying for the team lead in at least one game this season, and 10 of the 11 active Gamecocks have scored in double figures at least once.

The Atlanta Tipoff Club will announce the finalists on March 19, and the winner of the 2020 Werner Ladder Naismith Women’s Coach of the Year will be announced on April 4.

The No. 1/1 Gamecocks (29-1, 16-0 SEC) earned the top seed in this week’s SEC Tournament in Greenville, S.C., and will take on the winner of the game between No. 9-seed Georgia and eighth-seeded Alabama on Fri., March 6, at noon on SEC Network.

Professionally, Staley played her last two seasons with the Houston Comets in 2005 and 2006.