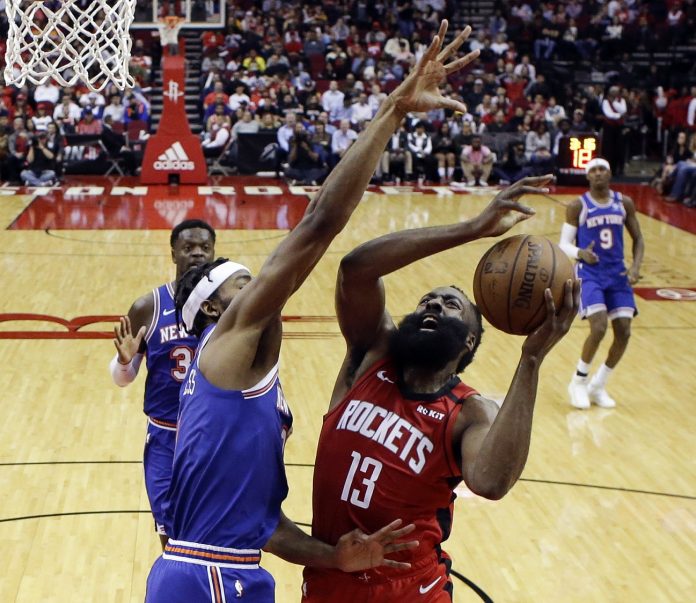 Monday was a whirlwind for Rockets James Harden, Russell Westbrook and P.J. Tucker – to put it mildly.

They three began their morning in Los Angeles attending Kobe Bryant’s and his daughter Gianna’s emotional public memorial celebration service at the Staple Center. Then they boarded a three-hour charter flight back to Houston and made it to the Toyota Center about an hour before tipoff against the New York Knicks that night.

As draining as the day may have been, all three couldn’t have seen Monday beginning any other way considering what Bryant has meant to all three individually and to the game in general. They paid their respects along with hundreds of other NBA luminaries and thousands of fans inside of the Staple Center.

“Long, very, very emotional day,’’ said Harden, who looked up to Bryant as a big brother. “It’s to pay our respects, show my condolences to the family. It’s a tough time for them, for the entire world. It’s a must that I be there and show my respect.’’

But once Harden arrived at the Toyota Center, he was all business as he paced the Rockets to a 123-112 win with a game-high 37 points to go along with nine assists. Westbrook was a late scratch and Tucker contributed two points and five rebounds in 25 minutes.

Rockets coach Mike D’Antoni was supportive of his players for making the decision to attend the memorial service on a day when they had a game. Early on, the day didn’t seem to affect Harden, who had 31 points in the first half, converting 12 of 16 from the field, which included a 4 of 5 showing from 3-point range.

Harden slowed down in the second half, but the Rockets bench carried the team to victory.

“I think it’s great [they attended],” D’Antoni said. “Everybody has to do what they feel they need to do and I’m proud of our guys that they felt they needed to go.”

It was a no-brainer for Harden, who grew up in the Los Angeles area and had become very close to Bryant in recent years.

“It’s everything. It’s to pay our respects, show my condolences to the family,” Harden said. “Obviously, it’s a tough time for them, for the entire world, so it was a must that I be there and kind of show my respect.”

Harden said he learned so much from Bryant, but his Mamba Mentality is what will live on inside of Harden always.

“Just his competitive spirit,” he said. “Like this morning, numerous times, he always talked about your path and the path that you’re on, and there’s always going to be tough times. There’s going to be times when you don’t want to work hard or you just don’t feel like it, (but) those are the times you have to push through. Obviously, the journey is one thing, but the steps you have to take to get to that journey is another. That’s what makes you a champion and that’s what defines you. That’s the way it was put on earth.”