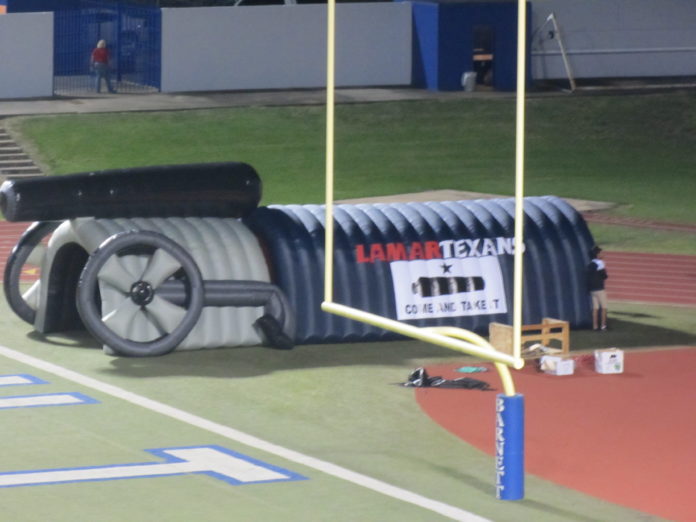 Turn on the stadium lights because the 2017 high school football season has arrived. Here’s a look at some of the opening week’s top matchups.

This may be the best Lamar team since losing to Allen in the 2012 Class 6A Division I state championship game. Head coach Tom Nolen is one of the winningest coaches in Texas high school football history and he has a long list of Division I college prospects throughout the Texans lineup.

Receiver Al’Vonte Woodard and running back Ta’Zhawn Henry will have the ball in their possession a lot when the Lamar offense is on the field. Tight end Kase Rogers and receiver Zane Knipe are no slouches either.

Westfield will be out to avenge last year’s 38-28 setback to Lamar when Henry scored three fourth-quarter touchdowns.

With only three starters returning on offense, Westfield may find the going tough against Lamar’s star-studded defense. Rayshawn James (RB), Noah Massey (WR) and Jawaun Singletary (OL) are the leaders on the Mustangs’ offensive unit.

The biggest issue for both teams is who will settle in at the quarterback position.

Eighteen starters return from an 11-3 Marshall squad that advanced all the way to the state quarterfinals before losing a heartbreaker to College Station. Head coach James Williams is no longer a secret after being named Houston area Coach of the Year in 2016.

Quarterback Jabari James is back after accounting for 39 touchdowns a year ago. Jerry Davis (1,425 yards and 12 TDs) returns at running back. Barton Clement (OL) is one of the best around and has already committed to Texas A&M.

The Buffalos’ defense will be anchored by end Dylan Sanchez and Geovante Howard in the secondary. Marshall has won three straight in this series.

The Marlins are a perennial playoff qualifier and are led by 1,000-yard receiver DaShawn Williams, who scored 13 touchdowns last seasons.

Two of the state’s finest will open the season in a matchup befitting of a regional title game.

Manvel quarterback Kason Martin has committed to North Texas while receiver Jalen Preston is on everybody’s recruiting list. Running back Deneric Prince is a future Aggie.

Crosby went 9-3 last season with a co-district title and advanced two rounds in the playoffs. That’s not good enough following a state semifinal appearance the year before.