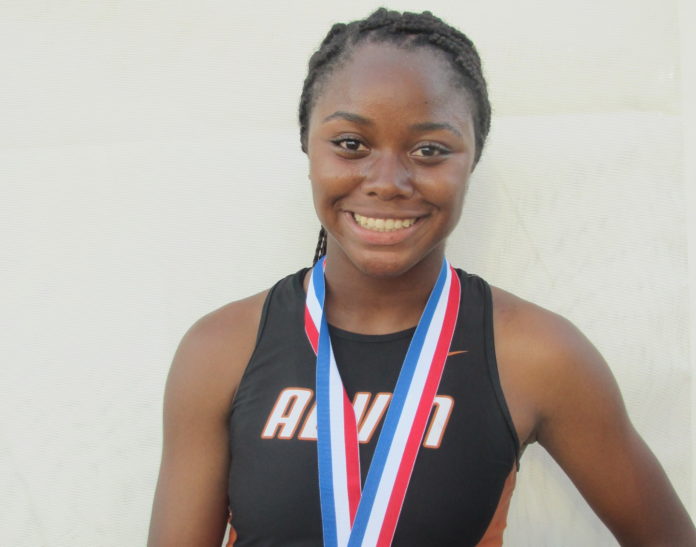 Kynnedy Flannel blossomed into a star at the 2017 UIL state high school track meet in Austin and she has no intentions of slowing down this summer.

The Alvin High School junior came out of nowhere to win three open event gold medals in the long jump, 100-meter dash and the 200-meter race.

“I honestly don’t have a favorite or best event,” she said. “I just go out there and perform. I don’t feel like I have a stronger event. Whatever event I’m in, I give it my all every time.”

Flannel plans on utilizing that same mindset as she plans for the summer track circuit.

“I want to try out for the USA World Team, the New Balance Nationals and the Great Southwest event,” Flannel said. “I’d like to participate in all the big meets.”

Flannel proved to be a big-time performer in the largest school enrollment classification in Texas (Class 6A) last month with Mike A. Myers Stadium serving as the grand stage.

“I didn’t know what was going to happen. I was still kind of tired from the long jump,” Flannel said. “It was a mental thing so when I came out of the blocks I fought hard.

“At the end I thought I might have been in front but I wasn’t sure,” she said. “Then I looked up at the board and it said I won. I wanted to win so bad. It was a lot of fun.”

Flannel was clearly the class of the 6A girls’ long-jump competition. Her best jump of 21 feet, 2.75 inches was two feet better than silver medalist G’Auna Edwards of Spring High School (19-2.50). Ariana DeValcourt of Baytown Goose Creek (19-1.25) won the bronze medal.

“Winning those first two gold medals made me want to work harder in the 200 meters,” Flannel said. “Then I was ready to go home and celebrate.”

The top three finishers in the 6A girls’ 200-meter dash were separated by no more than an eyelash as they came around the curve.

Then the emergence of the state’s latest high school track and field star was complete. She’ll continue tweaking her immense talents over the summer months.

We can only ponder what Flannel might have in store for her senior year. 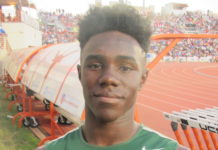 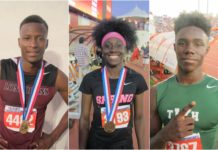 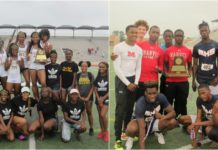