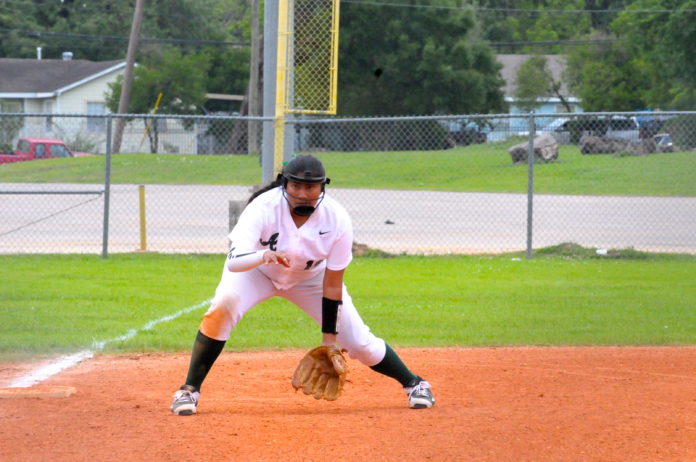 The Lady Mustangs knew they were in for a dogfight.

Down 4-0 prior to their first at-bat against District 20-5A rival Sharpstown at Barnett Stadium, the Houston Austin High School varsity softball team never wavered from the task at hand – to earn another win on the road to the postseason.

Austin answered with a five-spot in each of the first four innings to seize control of the contest and walk away with a 20-6 victory.

Third baseman Amara Aguilar went 4-for-4 with a double and three singles. Shortstop Brianna Leon was 4-for-4 with a bases-loaded triple, two other triples, a double and five RBIs as Mustangs’ head coach Michael Zamora watched his team keep steamrolling towards the playoffs.

Pitcher Gaby Hinojosa was the beneficiary of the Austin offensive onslaught and she went the distance for the win.

Austin will end the regular season April 20 against Furr as the Lady Brahmans attempt to clinch a playoff berth in a must-win situation. The first pitch is scheduled for 8 p.m. at Barnett Stadium.

The Lady Mustangs have already secured a berth in the postseason with the playoffs set to begin on April 28.