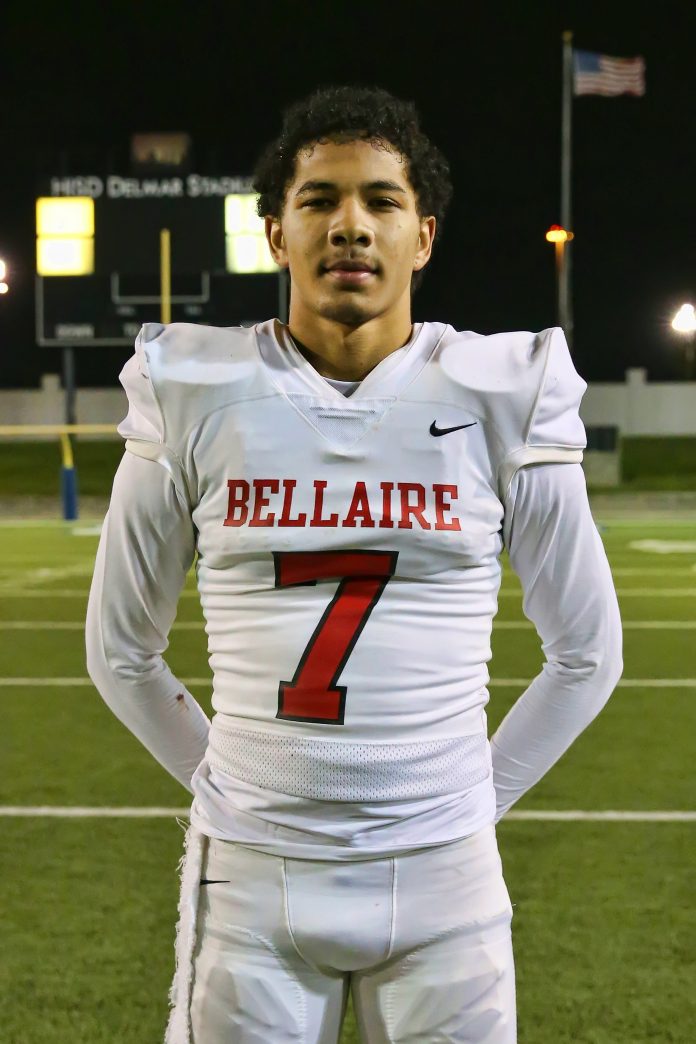 Wilson finished the night with three interceptions. His biggest interception came in the fourth quarter, when Westside drove toward a game-tying score with less than a minute to go in the game.

Westside’s quarterback Akeem Benjamin threw up a jump ball in the end zone that could have gone either way, but it was Wilson who came away with the ball that capped off the win for the Cardinals.

“Aaron provides a tremendous amount of leadership. He is a great football player and he showed that tonight,” Kunz said. “He has outstanding ball skills and is one of the finest safeties I have ever coached.”

The Defender spoke with Wilson after the Cardinals win over Westside to discuss his style of play, his performance of the night and his upcoming matchup against Heights.

Defender: How would you describe your style of play as a safety?

Wilson:I just try to be a ball hawk because I like to go up and get the ball.

Defender: How were you able to have such a dominant performance against Westside?

Wilson:My team did it all. They were where they were supposed to be and I was able to make plays. They put me in the perfect position and I capped off on it.

Defender: Walk us through that fourth quarter interception that sealed your victory?

Wilson:It was the last drive. We were up and I saw the ball go up in the air. All that I thought in my head is that I have to go and get that in this game. And I went up and got it.

Defender: How does a win like this help in your next matchup against Heights?

Wilson:We want to finish this season as strong as possible going into the playoffs. We would like to end with a “W” [win’ so that we can keep rolling and eventually make a run in the playoffs and win a ring.

World problem he would solve: Hunger