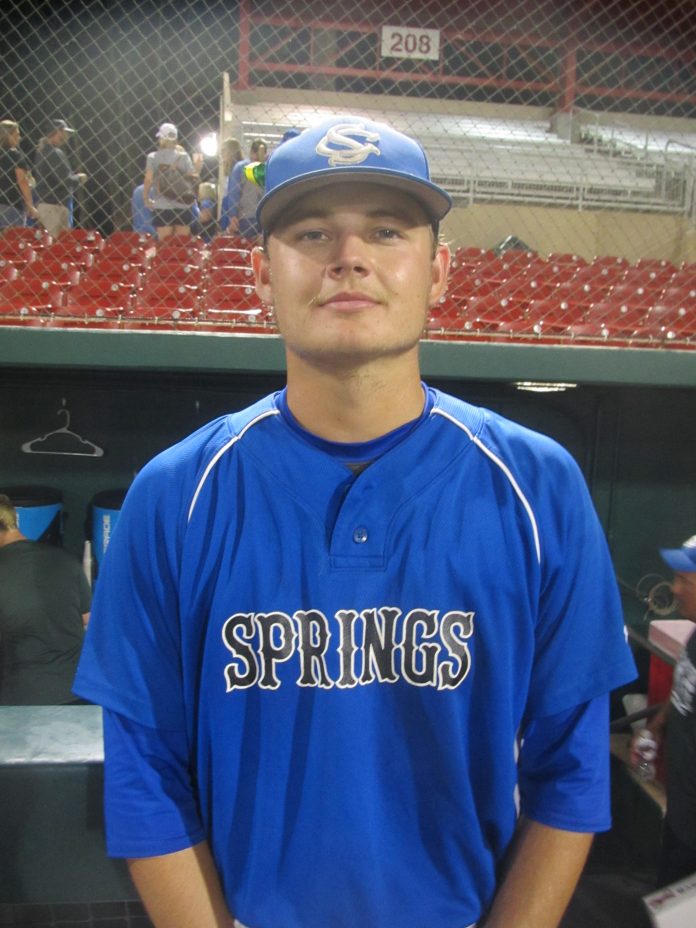 For the second playoff series in a row the underdog Chargers are picking on another state-ranked opponent.

After dispatching No. 3 Kingwood in the Class 6A Region III quarterfinals, Clear Springs has the ups on No. 10 Cy-Fair following a 2-1 victory in game one of a best-of-three regional semifinal series.

“This time of year titles and rankings don’t mean a whole lot,” said Clear Springs coach Chris Floyd. “We just go out and compete against whoever shows up. Everybody is going to be good.”

Righthander Blake Schultz went the distance for the Chargers (26-10-2) and was the beneficiary of a rare triple play in the sixth inning to escape a two-on and no out situation that preserved the victory.

“They got me out of a big-time jam,” Schultz said. “You don’t see that very often, especially in the fourth round of the playoffs. I’ll take it any way I can.

“I was able to locate my fastball really well tonight,” he said. “My four-seamer was good up in the zone late in the game and my slider was good with a late break to get me some swings and misses.”

Cy-Fair (29-9) took a 1-0 lead in the bottom of the first inning when Payton Chatagnier singled, stole second and eventually scored on a Clear Springs error.

Schultz and the Chargers’ defense shut the door after that.