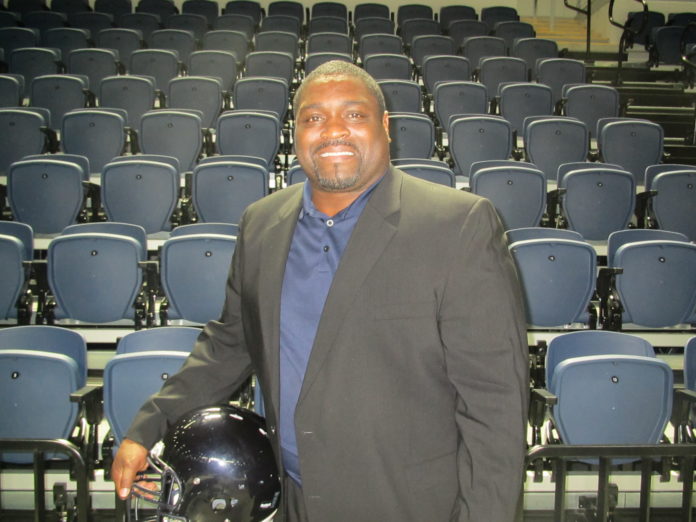 The 2017 high school football season figures to be a rebuilding year for the Raiders yet McGhee remains quietly confident.

“We lost a lot of seniors from last year’s group and we’ve got some young guys coming in,” McGhee said. “But that’s nothing new in the district.

“We’ve got a new (coaching) staff coming in and I’ve got to get those guys up to speed so things look promising,” McGhee said.

“The good thing about it is we’ve had the opportunity to make the playoffs the past two years so they know what it tastes like. Hopefully, that’s something the younger guys realize we need to shoot for.”

Sterling finished 5-5 a year ago, including 5-2 in District 24-5A. The Raiders were eliminated in the bi-district round of the playoffs by eventual state quarterfinalist Fort Bend Marshall.

“One of my goals when I got here was to make the playoffs,” McGhee said. “That was one of the first things the players mentioned to me was that Sterling hadn’t been in the postseason for a while.

“So it was cool and emotional for those guys two years ago when the seniors actually made the playoffs,” McGhee said. “It was something they could hang their hats on.

“I saw the same thing grow in last year’s senior class so I’m hoping it becomes infectious in the young guys coming in this year,” McGhee said. “The expectations should be set now that we make the playoffs and go beyond.”

Sterling opens the 2017 season Aug. 31 against La Marque at Barnett Stadium. Kickoff is set for 7 p.m.