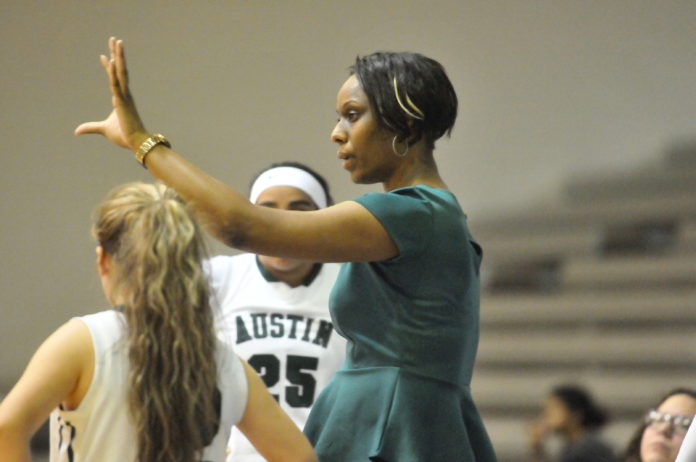 It extends back to her playing days at HISD’s Madison High School when she led her school to its only appearance in the girls state basketball tournament.

Now in her eighth year as head girls’ basketball coach at Houston’s Austin High School, Davis has remained calm while trying to construct a winning program.

Not the easiest of tasks in a nine-school district (24-5A) that includes Madison, Waltrip, Sterling, Milby, Wisdom (formerly Lee), Northside (formerly Davis), Furr and Sharpstown.

Yet following a recent 25-21 victory over Wisdom at Barnett Fieldhouse, Davis confided that brighter days lie ahead for the Mustangs on the hardwood.

“All of our points in today’s game were scored by freshmen,” Davis said. “We’ve got a real good freshman class. We’re only going to get better.”

Scallion scored a game-high 13 points that included one three-pointer and four made free throws.

The SFA freshmen will no doubt go through some peaks and valleys in the foreseeable future. Yet notice has been served that better days are on the horizon.