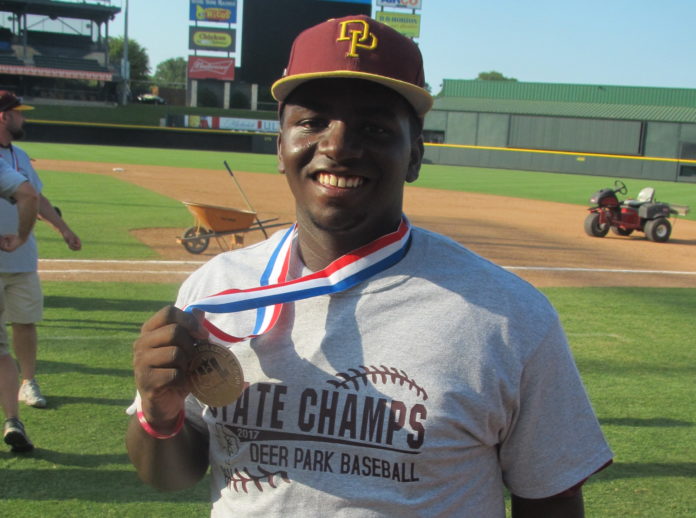 ROUND ROCK – As the final out was recorded in the Class 6A high school baseball state championship game at Dell Diamond, the Deer Park faithful stood as one to celebrate a win for the ages.

For the first time in four visits to the state baseball tournament the Deer were the final team standing with the state championship trophy securely in hand.

Deer Park (35-8-1) defeated San Antonio Reagan 7-2 in the 6A title game behind the pitching of Clay Aguilar and Adrian Gonzales along with the clutch hitting of Aguilar, Blake Martin, Taylor Lee, Chase Keng, Austin Mitchell, Blaine Holden and Dylan Pullig.

The Deer were never threatened after scoring two runs in the second inning, one more in the third followed by three in the fourth.

“I told my kids they deserved it [state championship] with all the hard work they’ve put in,” said Deer Park head coach Chris Rupp. “They believed in what we were doing and now they are reaping the rewards.

“Only one team gets to do this when the tournament is over,” Rupp said. “We got great pitching, we played good defense and we got some timely hits. This feeling is just awesome.”

A two-run uprising in the final at-bat enabled Deer Park to overcome Southlake Carroll 3-2 in the state semifinals a day earlier to advance.

The 1990 Deer Park team held a one-run lead in the final inning of the state title game against Duncanville only to lose on a walk-off home run. The Deer also advanced to state in 1975 and 1964.

“We felt like we would be competitive for sure this year, but you never know until you reach the playoffs,” Rupp said. “Once we got past the first three rounds with some really good pitching I told our pitching coach (Donnie Elliott) we have a chance to make a really deep playoff run.”

Deer Park took a 2-0 lead in the second inning against San Antonio Reagan thanks to a perfectly-executed hit-and-run play. Martin led off the inning with one of his three hits at the state tournament and Pullig walked.

Both runners were in motion when Lee pulled a double down the leftfield line.

“Their pitcher was taking his time making his delivery to home plate when we had runners on second base,” Rupp said. “He was giving us third base by not holding the runners close and we wanted to stay out of the double play.”

Aguilar was able to navigate around 11 Reagan base hits over 4 and 1/3 innings with the help of two 4-6-3 double plays by his defense. Gonzales retired all eight batters he faced to close it down.

“Mentally I wasn’t tired because it was the state playoffs,” said Gonzales, who pitched the final 3 1/3 innings against Southlake Carroll in the state semifinals. “I had a little soreness in my shoulder from pitching the day before but I was able to pitch through it.” 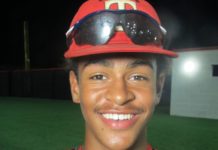 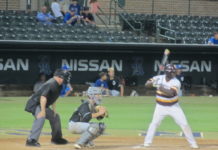