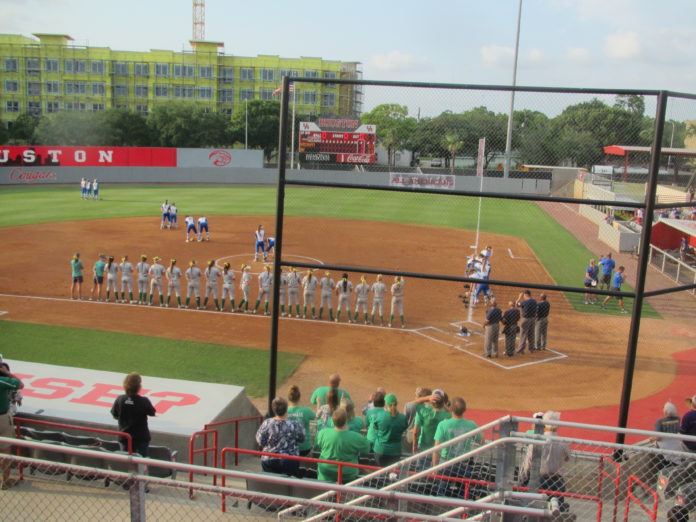 The 2017 Region III-6A softball final is set. No other schools need apply.

Traditional powerhouses Katy and Deer Park will vie for the regional crown with three state championships between them since 2012.

“I’ve been going up against the Katy coach (Kalum Haack) since I was in college (Texas A&M) and he was coaching at Sam Houston State,” said Deer Park head coach Carrie Austgen. “We’ve got to prepare for what his team does and they’ve been executing really well.”

Katy (34-3) advanced to the regional final by sweeping Atascocita 8-2 and 5-2 in a best-of-three Region III-6A semifinal series. The No. 1 state-ranked Tigers were led offensively by Cait Calland’s two-run home run and Chloe Cobb’s run-scoring double.

Cobb pitched into the fifth inning for the Tigers giving up two runs on seven hits for the victory.

“Cy Ranch is awesome. They never had any quit,” Austgen said. “I’m proud of my kids for stepping up.”

Katy defeated Deer Park twice earlier in the season when Austgen was sidelined by a concussion.

Now all hands will be on deck.

Willis and Barber’s Hill advanced to the Region III-5A final.