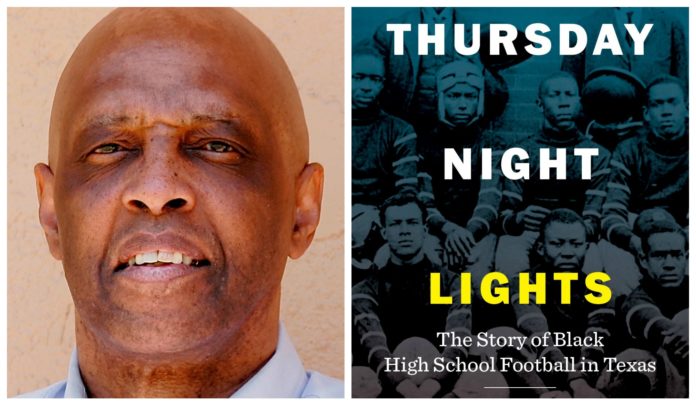 It is the flipside to “Friday Night Lights,” the story of high school football at Odessa Permian High School and replicated at similar schools throughout the Lone Star State prior to integration.

“Thursday Night Lights” tells the largely untold story of high school football at African-American high schools in Texas between 1920 and 1970.

The book is written by Houston sportswriter and Worthing High School graduate Michael Hurd, who recognized the need for citing the accomplishments of Black players, coaches, schools and communities under the direction of the Prairie View Interscholastic League (the counterpart to the University Interscholastic League).

An excerpt from the book reads: “Black high school football flourished in a time when it seemed no one outside the Black media and its audiences cared about or was any way willing to acknowledge the abundance of talent bursting from the underfunded schools that competed under the PVIL banner.”

The Houston area was represented by Yates, Wheatley and Washington high schools in the PVIL’s original statewide grouping in 1940.

The all-Black PVIL games were played on Wednesday and Thursday nights in most towns with a handful of games on Tuesday or Saturday.

Andrew “Pat” Patterson was a native of Gary, Ind. Yet he was a coaching legend at Houston Yates High School from 1938 to 1968, where he guided teams to state championships in football, basketball and baseball.

In 1982, Patterson became the first coach from the PVIL elected to the Texas High School Coaches Association Hall of Honor.

In “Thursday Night Lights,” find out why Earl Campbell says if it hadn’t been for segregation, he would have been known as the third best athlete in the family and his twin brothers the fourth and fifth best.

Learn how Houston’s Jeppesen Stadium got its name from a former HISD school board president and failed mayoral candidate.

Did you know the annual Turkey Day Classic between Houston schools Yates and Wheatley drew standing-room-only crowds of up to 40,000, making it the largest prep school sports event in postwar America?

Many of the PVIL’s records and accomplishments were discarded or undocumented. Hurd relied heavily on extensive research and interviews along with the work of the late Walter Day in his publication “Remembering the Past with Pride: Organized High School Football for Blacks in Texas.”

There is so much information, stories and anecdotes in Hurd’s book. “Thursday Night Lights” is a must read for history buffs, sports fans and African-Americans who grew up in Texas.