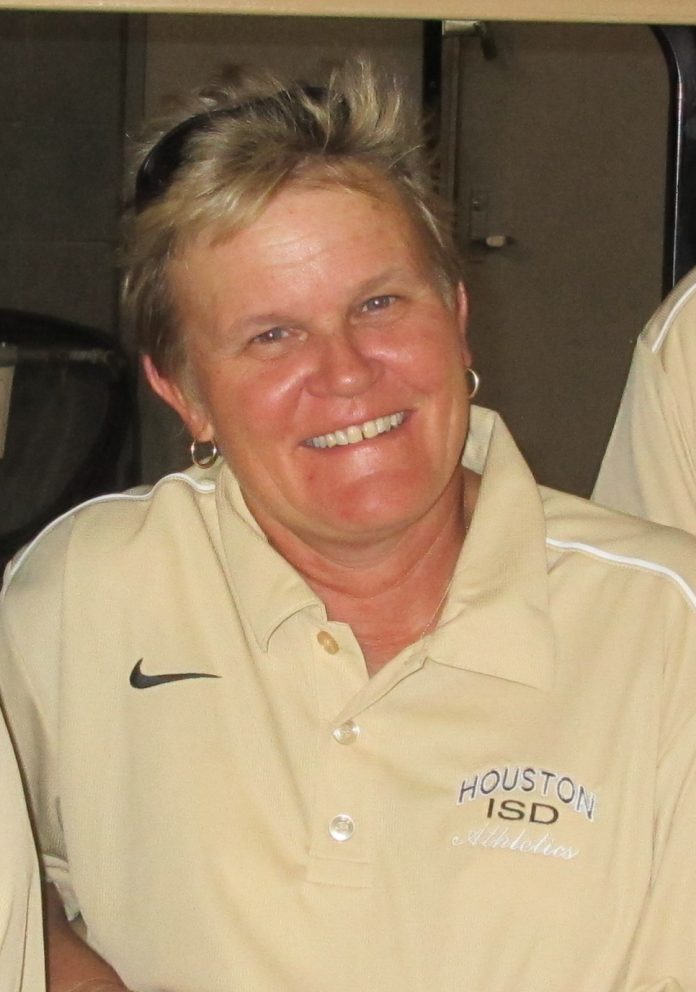 Marmion Dambrino, the first female athletic director in the history of the Houston Independent School District, will retire effective Aug. 31.

Dambrino has worked in high school athletics for 34 years. The first four were in Aldine ISD and the past 30 years in HISD athletic administration. In September of 2010 she was hired as athletic director replacing Daryl Wade.

Over that span she’s dealt with Title IX complaints that girls were not being given enough opportunities to play sports, renaming several schools and mascots, rescheduling games and events due to hurricanes, floods and extreme weather, upgrading athletic facilities and overseeing the construction of the new $35.2 million, 5,000-seat Delmar Fieldhouse.

“You have to face challenges head on,” Dambrino said. “That was the only way I knew to handle anything.

“This job has always been about what’s best for the kids,” she said. “I was here to do the best I could for them.”

Dambrino, 57, is originally from Pascagoula, Miss. She is a graduate of Southern Mississippi University and earned her masters of education from Prairie View A&M University.

She plans to continue living in the Houston area and supporting various teams.
With Dambrino’s departure, only a handful of local female ADs remain, including Debbie Decker at Katy ISD and Debbie Fuchs at Clear Creek ISD.