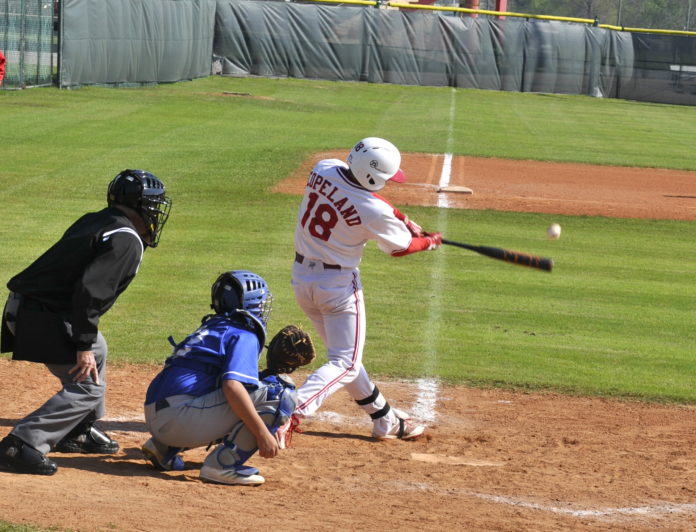 An old baseball adage is that good pitching beats good hitting. For that reason alone Cypress Ranch High School will be awfully tough to beat during the 2018 high school baseball season.

Senior starting pitcher Ty Madden (Texas) and closer Kyle Gough (Blinn) are among the best around and the Mustangs have plenty of reinforcements.

Head coach Corey Cephus can field superior talent across the field with Scotty Scott (Hawaii) and Colton Cowser (Sam Houston) in the outfield combined with Westley Schields (Blinn) in the infield.

All of these players have committed to play college ball.

Cy Ranch already has two state titles this decade (2012 and 2015) and this seasoned group is looking for another.

Fort Bend Travis is coming back from a berth in the 2017 Region III-6A championship series with many of the same faces. Ace pitcher Trey “Sammy” Faltine will occupy shortstop when not on the mound.

Coach Rodney Hernandez has slugger Kevin Ortiz back at third base while Blake Turney looks to be the new closer.

The Woodlands is a tradition-rich baseball program with multiple state titles and one of the state’s top coaches in Ron Eastman.

Blake Martin (1B/DH), Blaine Holden, Mark Barrow and Austin Mitchell will try to get the replacements up to speed in a hurry.

Coy Cobb leads the pitching staff and behind the plate is all-state selection Michael Schrab. Other top pitchers include Nathan Phillips and Christian Vega.

Chris Amador and Matt Kissamiss will patrol the outfield with Bryce Coveney highlighting the infield at second base.