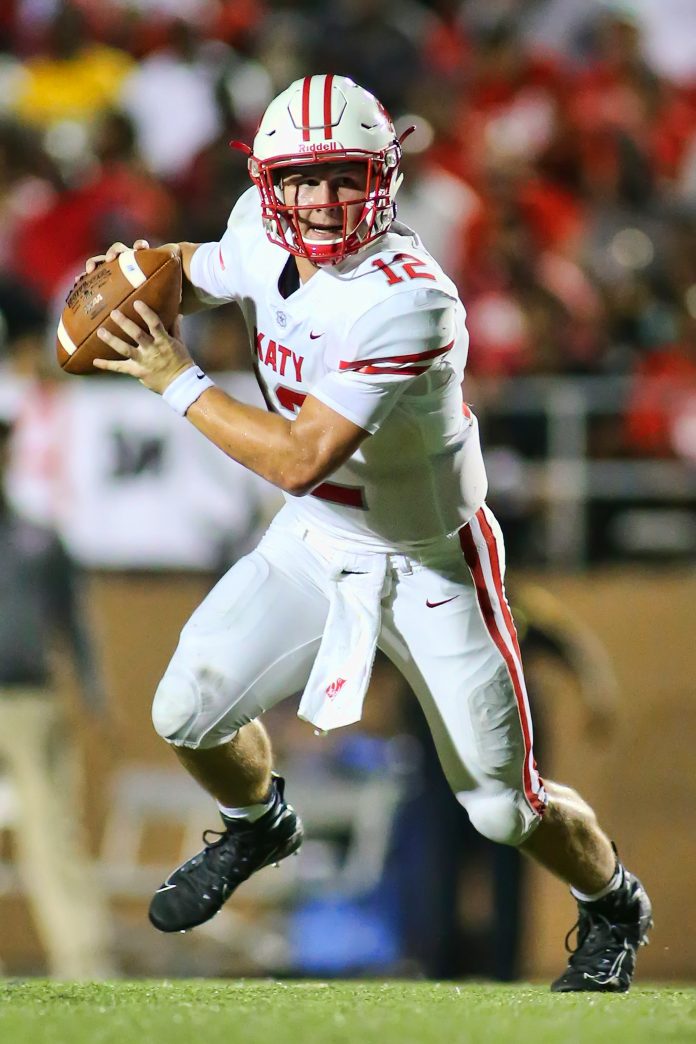 Bronson McClelland, Katy High School’s starting quarterback since 2018, was recently suspended for two games and stripped of his status of captain when he directed the “N” word at a student on an opposing team on a social media post on Snapchat.

The post followed Katy’s 35-30 win over cross-town district rival Katy Tompkins wherein McClelland is shown saying “Put your mother******* in the hospital n***a”. The video was subsequently taken off of Snapchat by McClelland and then re-uploaded to Twitter by a Katy Tompkins player.

The next day McClelland recanted his statement with a follow-up post and notified his followers of his stripped captain status and suspension.

Katy ISD has since investigated the incident and stated, the “student responsible will face disciplinary consequences” in accordance to Katy ISD and the athletic department’s code of conduct.

Colburn McClelland, Bronson’s father, told KPRC-TV that his son was speaking to a Hispanic student from Seven Lakes following the football game against Katy Tompkins.

“Then a student athlete from Tompkins High School obtained the video and uploaded it to his Twitter account”, Colburn McClelland said.

“As a result, everyone assumed and was led to believe that Bronson was speaking to this [Tompkins] student, who is African American. However, that’s not true.”

Bronson will return to the football field on Oct. 25 against Cinco Ranch.