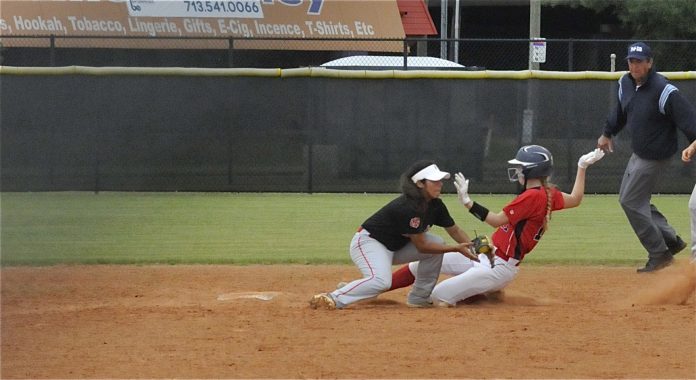 Top-ranked Katy advanced to the Region III-6A softball quarterfinals by sweeping Houston Lamar 10-0, 14-2 in a best-of-three area round playoff series.

In the deciding game two designated player Alyssa LeBlanc slugged a two-run home run in the second inning and pitcher Chloe Cobb added a solo shot in the third to back Cobb’s complete game in the circle.

Katy scored five runs in the top of the first inning and added six in the second and three in the third to break open the contest.

The Class 6A No. 1 state-ranked Lady Tigers improved to 34-1 on the season and will face No. 2 state-ranked Ridge Point this week with a berth in the regional semifinals at stake.

Katy is coached by Kalum Haack.