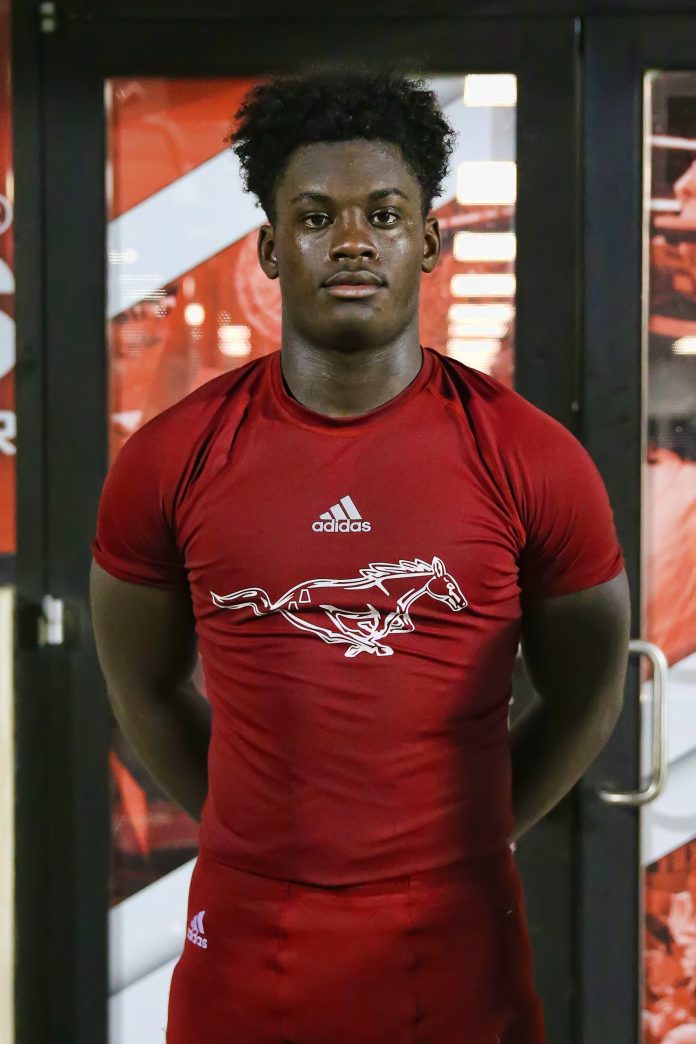 It is rare that you find a sophomore quarterback capable of winning a state championship in arguably one of the toughest high school football leagues in the nation, the Class 6A Division 1. It is even more unlikely that he would win a game on a Hail Mary touchdown pass that recaptured the lead as time expired.

In the current season that followed, North Shore junior quarterback Dematrius Davis has won against all odds early on after a season-opening loss to Katy in week one. It was a game where Davis was without his No. 1 option receiver and cousin Shadrach Banks. In addition, after the game, Davis lost his featured running back Zach Evans for the next three games for disciplinary reasons.

Despite the early losses to key pieces in the Mustang’s offense, Davis recovered. In a week two game against Missouri City Ridge Point, Davis scored five touchdowns in the 38-7 victory at TDECU Stadium.

The following week, Davis faced off against another 6A preseason playoff contender, Spring Westfield, whose defensive line has multiple Division 1 sought-after players this season. And, North Shore’s starting left tackle was out for the Westfield game as well.

In a game where Westfield maintained the lead for the majority of the match, Davis made plays when it mattered. After North Shore was down by eight points with just under three minutes to go, Davis responded and scored 11 straight points to win the game 24-21 on a 33-yard last- second field goal by kicker John Villalobos as time expired.

The Defender spoke with Davis after the win over Westfield to discuss his playing style, leadership style and how he has pushed this team against all odds.

Davis:I am a team player. I’m just making sure I pick my teammates up, because when you pick your teammates up they pick you up too when tough times come.

Defender: How would you describe your style as a leader?

Davis:I’m not much of a vocal leader, but I do make sure my teammates are ready every game.

Defender: With a lot of your offensive weapons on the sideline this week, how were you able to grind out the victory over Westfield?

Davis:I just trusted my receivers and trusted my lineman. As long as I trusted my teammates I knew we would come out with the “W.”

Defender: What is it like shredding defenses with your cousin, Shadrach Banks, week in and week out?

Davis:My O-lineman opened up gaps; I saw em’ and I took em’. On those 3 and 5’s and 3 and 6’s I knew somebody had to go get it because they played a little better in the secondary than I thought they would. So, I just made sure we got every first down we could.

Davis:Get healthy. Everybody that played tonight got banged up. So the bye week is the time to get healthy. With La Porte, we just need to make sure we scheme them up good, watch film and practice all week for them next week and the week after that then we should be ready.

World Problem You Would Solve: Equality