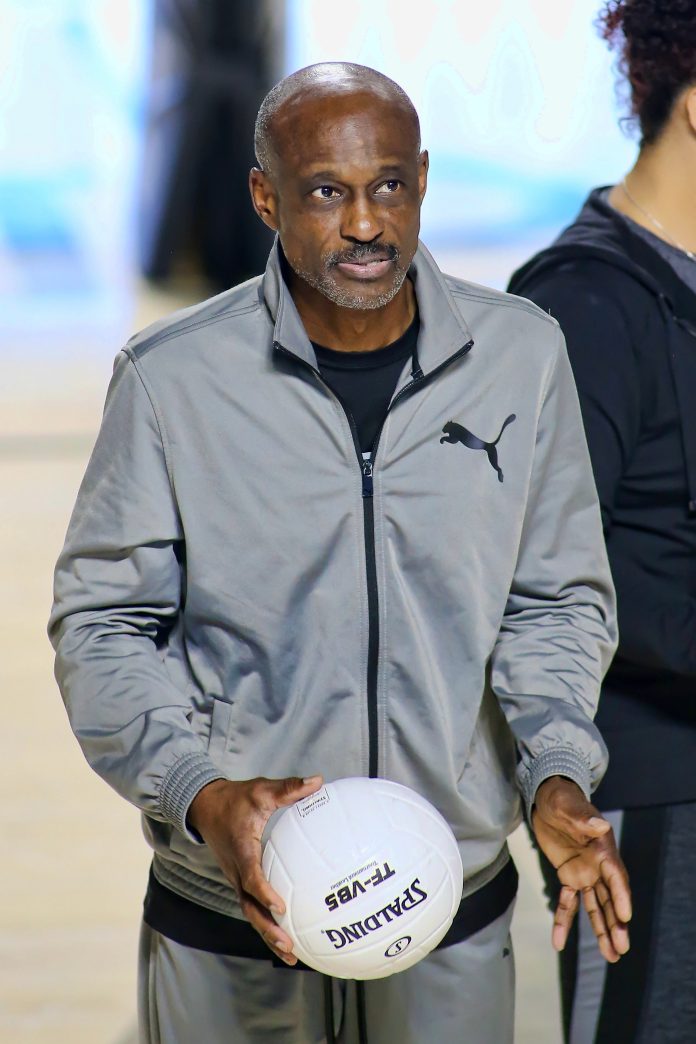 With an overall record of 26-4 and an undefeated 11-0 record in district play, Westside volleyball coach Andre King has led the Lady Wolves to stand alone atop District 18-6A. King and his team are currently riding an 11-game winning streak, a testament to their work in practice e and at game time.

“What makes my coach amazing is that he makes us work so hard and he pushes us in a calm manner that is never forced or something we don’t want to do,” she said. “He has been working with us 24/7 every day, [including] all-day Saturday practices with two-a-days.”

“Everything in our practice is focused on discipline, and we have fun but at the end of the day we are going to stick to our strategy and everything that we do, and make sure we execute properly,” she said.

“Every single practice he reminds us, ‘Hey guys, you know you want to win district, and that doesn’t just happen by itself. You have to put in work every single day.’ So, he’s been the best coach ever and makes sure we all have discipline.”

King and the Lady Wolves will close out the regular season at Delmar against Carnegie on Saturday, Oct. 20tat 11:30 a.m., and against Heights on Tuesday, Oct. 23 at 5 p.m.

He spoke with the Defender about his team’s success in the regular season and how he plans to continue to win as the playoffs loom in pursuit of a state championship.

Defender: What were the keys to the recent victories over Bellaire and Westbury?

King:Keeping the intensity going. As long as we didn’t give them anything I felt that we could win the match. We have been practicing hard all season and all we are about is intensity.

Defender: You’re currently riding a 11-game win streak. How do you keep the intensity going for your team as the playoffs approach?

King:It’s always an uphill battle in the second half of the season. We started off in the preseason playing well. Then we had a little dip there and now were starting to rise again. So, I think we are peaking at the right time.

Defender: What makes this group of players so special?

King:This group has been together since they were freshmen and 10 of them came in the same class and made it to varsity. So, we have 10 seniors this year and they are experienced. Nothing really gets their feathers ruffled. It doesn’t matter how much they are down they figure they can come back and win.”

Defender: How would you describe your coaching style?

King:If you just walk our practices you would probably think it’s a little bit crazy but again, we are all about intensity. It is an aggressive game; the aggressor usually wins and that is what we practice.

For game & sideline photos of Westside