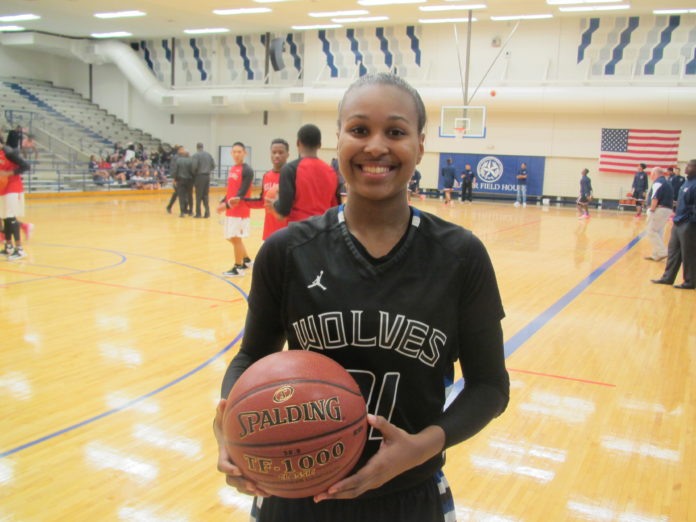 Only a handful of players can do it well. Jessica Soders is in that mix.

The Westside High School sophomore has been called on to play all five positions on the basketball court. That includes point guard, shooting guard, small forward, power forward and center.

“Jessica is one of those rare players who can play any position on the floor effectively,” said Westside head coach Troy Gillespie. “Over the course of the season due to circumstances I’ve had to plug her in where we needed the most help. She does a great job.”

Soders says her natural position is at 2 (shooting guard) or 3 (small forward). Yet she’s only too willing to help her team in any capacity.

In a recent lopsided win over undermanned Westbury, Soders scored all 14 of her points in the first quarter as Westside raced out to a 33-0 advantage.

Soders dominated in the lane with offensive rebounds, put-backs and an assortment of shots around the basket. She culminated her first-quarter foray with a driving layup through traffic.

Her only shortcoming was in the area of free throws. She was 0-for-2 from the line.

“That’s one of the things that I’m working to improve on,” she said. “I need to make my free throws, improve defensively and shoot better from distance. I’ll get better.”

Gillespie knows his team is a work in progress. Just two years removed from reaching the regional finals, he starts three sophomores and two juniors.

In addition to the 5-foot-10 Soders, Yasmine Arogunjo, Stephanie Gregory, Jordon Lewis and Kayla Pilson round out the Westside starting unit.

“With this group we’ve already talked about being better than we were two years ago by the end of this season,” Gillespie said. “That’s a tall order, but the potential is there.”

Soders likens her game to the all-around brilliance of former Notre Dame All-American Skylar Diggins, who currently plays for the WNBA’s Dallas Wings.

“I like the way Skylar plays the game. I like her approach to the game,” Soders said.

“I love playing for Coach Gillespie and my teammates,” she added. “Coach knows how to talk to people and makes you want to play hard for him. We’re getting more and more confidence as a team,” she said.

“We know that Bellaire will be gunning for us next time and we’ve got a lot of basketball yet to be played,” said Gillespie, who played his bench extensively against Westbury. “We played a team that was missing a few players tonight but we have to be ready to play every time out.”

The future is now as far as Soders is concerned. She and her teammates are primed for the moment.

“We’ve acquired a taste for winning and we’d like to keep it going,” she said. “We’ll concern ourselves with the future at the proper time.”