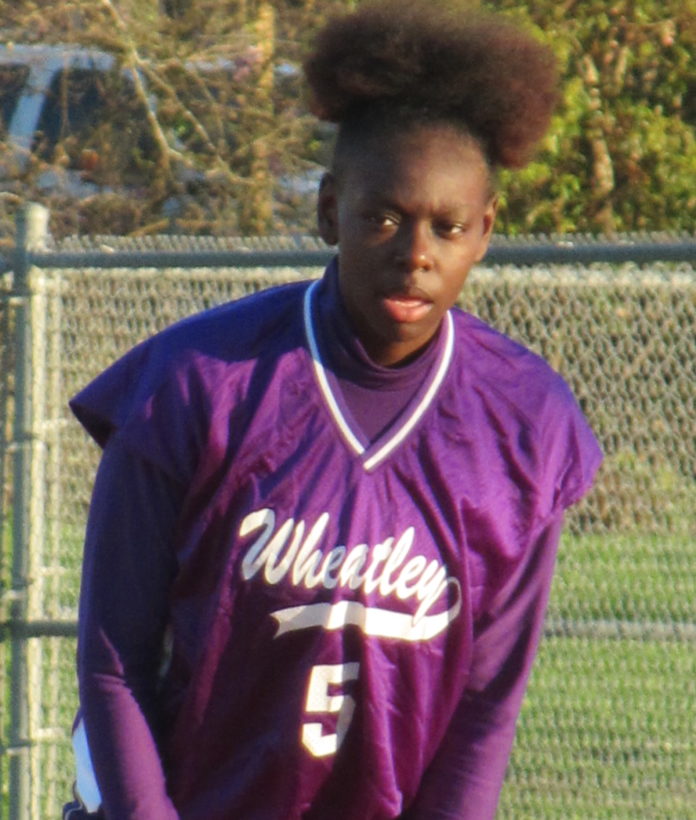 She’d like to play college softball and she already has her eye on a certain location.

In a March 7 game against District 24-4A rival Booker T. Washington at Barnett Stadium, Harrison had the game of her life. She went 3-for-3 with a walk, a grand slam, a two-run homer, an RBI single, three runs scored and seven RBIs.

“She puts the ball in play like that all the time,” said Wheatley head softball coach Paul Richard.

Harrison is in her third season on the Wheatley varsity softball squad and she’s an ‘A’ student in the classroom. She credits her coaches with cultivating her hitting prowess.

“This was the best game that I’ve ever had and it felt great,” she said.

Then the conversation shifted to possibly playing on the next level.

“They have a really good softball team at Clark Atlanta University and I would like to be on it one day.”

Harrison still has another year at Houston’s Phillis Wheatley High School before she graduates. More games like this one could be in the offing.