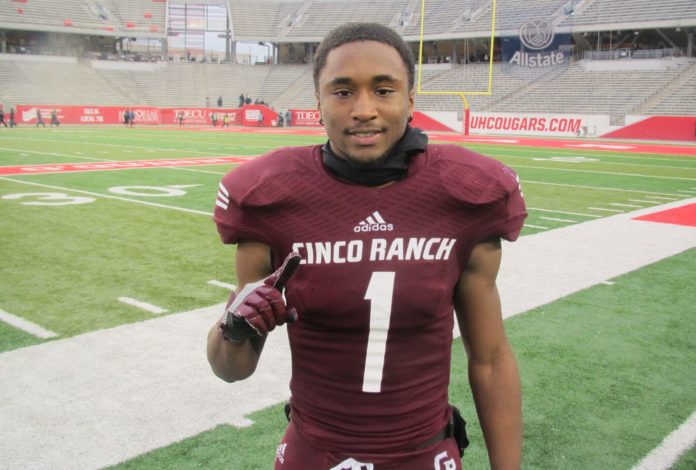 Cinco Ranch receiver Greg Williams believes his team is motivated by its detractors.

Williams scored on an 18-yard run in the first quarter and struck again with a 49-yard TD pass just before halftime that helped the 11-3 Cougars eliminate Cypress Ridge 34-17 in the Region III-6A Division II championship game at TDECU Stadium.

The victory sends Cinco Ranch into the state semifinals for the first time in school history. The Cougars will play Cibolo Steele, a 38-7 winner over San Antonio Churchill, Dec. 10 at 6 p.m. in the San Antonio Alamodome.

“This is a blessing because nobody has done it in our school’s history,” Williams said. “We’re the first to make it to the fifth round and that means a lot to us. We don’t want to stop now.

“We didn’t let the social media talk and all that affect us. People have doubted us all season and we came out with a chip on our shoulder. We wanted to hit them in the mouth first,” Williams said.

“Greg’s been a big-time player for us this year,” he said. “He had the first touchdown and his touchdown on the slant route right before the half was a big one for us. It was a heck of a catch. He caught the back end of the ball as it was going by him.”

Brant Kuithe was also a stellar performer for Cinco Ranch with two rushing touchdowns and key returns on special teams.