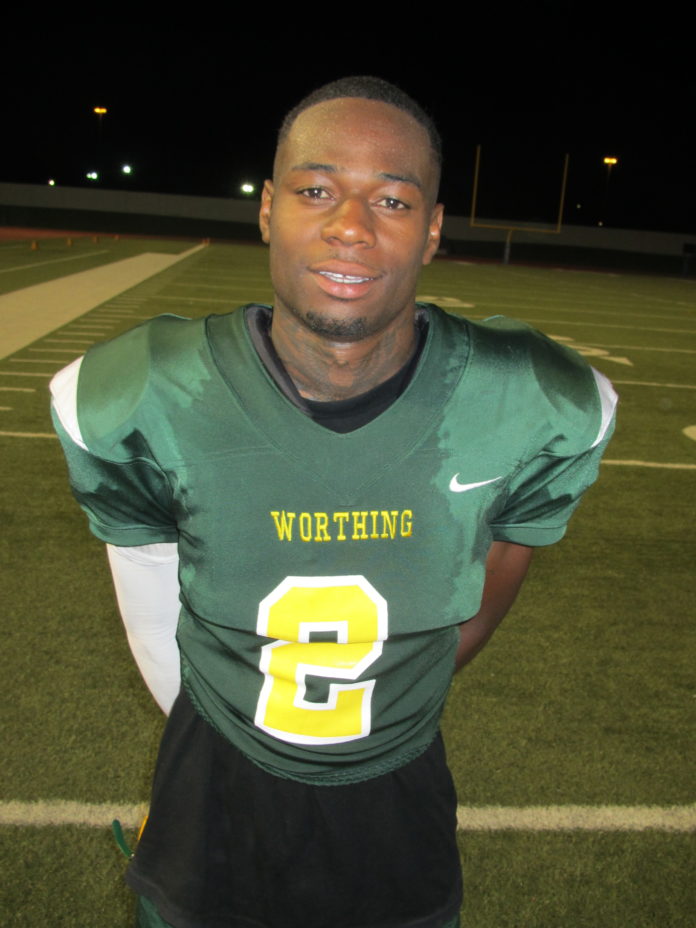 Johntiz Robertson may be the best-kept secret in Houston area high school football.

Robertson rarely leaves the field during the 2017 campaign while starting in the secondary along with serving as a primary return specialist in addition to catching passes.

Worthing opened district play last week with a 52-0 victory over Scarborough at Barnett Stadium. Robertson got the scoring started with a 59-yard punt return for a touchdown in the first quarter followed by a 33-yard TD pass from Wendell Webb in the second stanza.

“He’s a great player and one of our leaders,” said Worthing head coach Brandon Ellis. “Any position we put him in he’s going to stand out. I wish we could have got him a few more touches tonight but we have a long season ahead of us.”

Robertson doesn’t have to look far for motivation.

“Where I live in Sunnyside are a lot of people that doubt us,” he said. “I feel like I have to make them a believer.”

Worthing is about to get into the teeth of their District 11-4 schedule with upcoming games against Yates, Wheatley, North Forest, Washington and Kashmere.

“I plan on keeping my team focused so we can win the district title,” Robertson said. “It’s been two years since we last won the title and I want to bring it home this year.”

How he relaxes – Fishing

If he could solve any problem – Make Houston a better city.