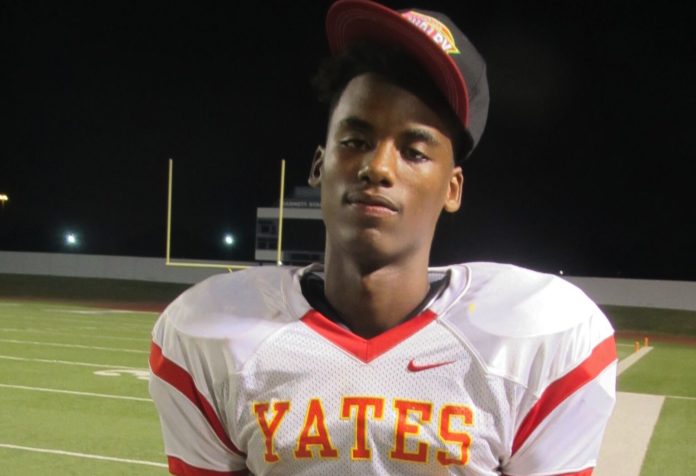 The Lions are up to their old tricks.

All but given up for dead after missing the playoffs last season for the first time in 38 years and beginning the 2016 season with a couple of lackluster performances, the Yates Lions have conjured up images of yesteryear while facing some longtime rivals.

The renaissance began two weeks ago when Yates conquered Kashmere 38-0 to begin league play in District 11-4A. It continued last week when Yates rallied from a 6-0 deficit to defeat Wheatley 30-6 in a rivalry that dates back to 1927.

Another longtime rival awaits Yates this week when the Lions encounter Worthing Oct. 7 at Barnett Stadium. Kickoff is set for 7 p.m. Worthing was opened in the late 1950s to relieve student enrollment at Yates. It’ll be Third Ward versus Sunnyside all over again. Both schools are 2-0 in district play.

First-year Yates head coach Michael Watkins says it’s an honor to represent Yates and go up against teams he faced as a player wearing the crimson and gold.

“Coach (Maurice) McGowan used to tell us (players) that it was unacceptable to play less than your best whenever you took the field,” Watkins said. “That’s what my staff and I have tried to convey to these players.

“It means a lot for me to follow in the footsteps of former Yates coaches like Pat Patterson, Luther Booker and Maurice McGowan. I plan to be the coach at Yates for a long time. My wife and I are both Yates graduates and live in the Third Ward community. This is the only job I ever wanted.”

A key figure in the Yates turnaround has been the improvement of sophomore quarterback Taj Gregory. When an injury sidelined standout running back Reginald Bryant for most of the second half against Wheatley, Gregory and his teammates had to shoulder more of the load.

“When you lose a great player I had to trust in my teammates to get the job done,” said Gregory, who transferred in from Manvel High School. “We’ve been working hard in practice to get better and we’re starting to get there.”

With the score tied at 6-6 going into the third quarter against Wheatley, Gregory engineered a 74-yard, 11-play drive that he capped with a nine-yard touchdown run that gave the 4-2 Lions the lead for good. Senior Javar Brown, who replaced Bryant, added a two-point conversion run that made the score 14-6.

The Lions began adding points like the Yates of yesteryear.

Alan-Michael Youngblood returned an interception 10 yards for a touchdown. Gregory connected with Troy Robins on the two-point conversion pass and a 22-6 advantage.

The Yates defense led by junior linebacker Sherman Richardson has given up only six points in the last eight quarters.

“The 18 seniors have bought in and the younger guys have followed suit,” Watkins said. “We want to bring the pride and tradition back to Yates and this was an important win for us.” 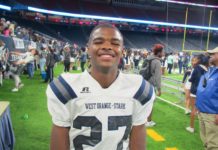 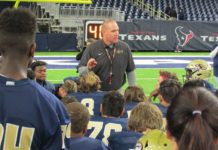 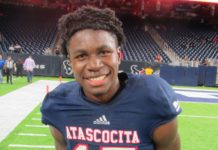 Alex Morris serves as the closer for Atascocita HS