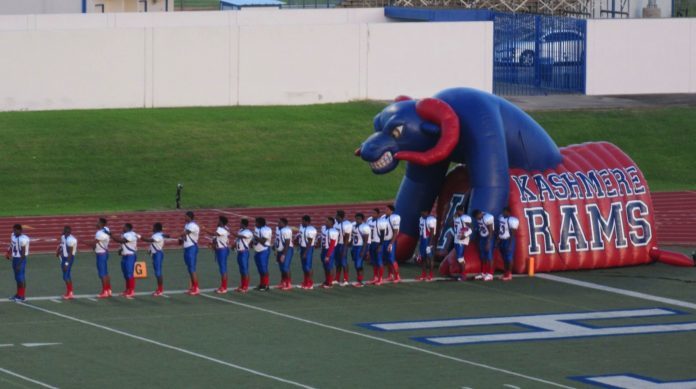 It was a breakout performance for the Yates Lions.

Following less than stimulating losses to Furr and Wharton, Yates opened district play (11-4A) with a convincing 38-0 decision over Kashmere at Barnett Stadium.

Yates junior linebacker Sherman Richardson set the tone early with several tackles for losses and a fumble recovery in the end zone that opened the game’s scoring in the second quarter.

Reginald Bryant, the heart and soul of the 2016 Lions, took over from there and scored the next three touchdowns on scoring runs of 21, 1 and 12 yards. The diminutive junior rushed for 191 yards on 23 carries and added a two-point conversion run for good measure.

Christopher Davis provided the icing on the cake when he returned an interception 70 yards for a touchdown with one minute, 40 seconds remaining in the game.

The Lions improved to 3-2 on the season and 1-0 in league play. Yates returns to action Oct. 1 against Wheatley at Barnett Stadium with a 6 p.m. kickoff.