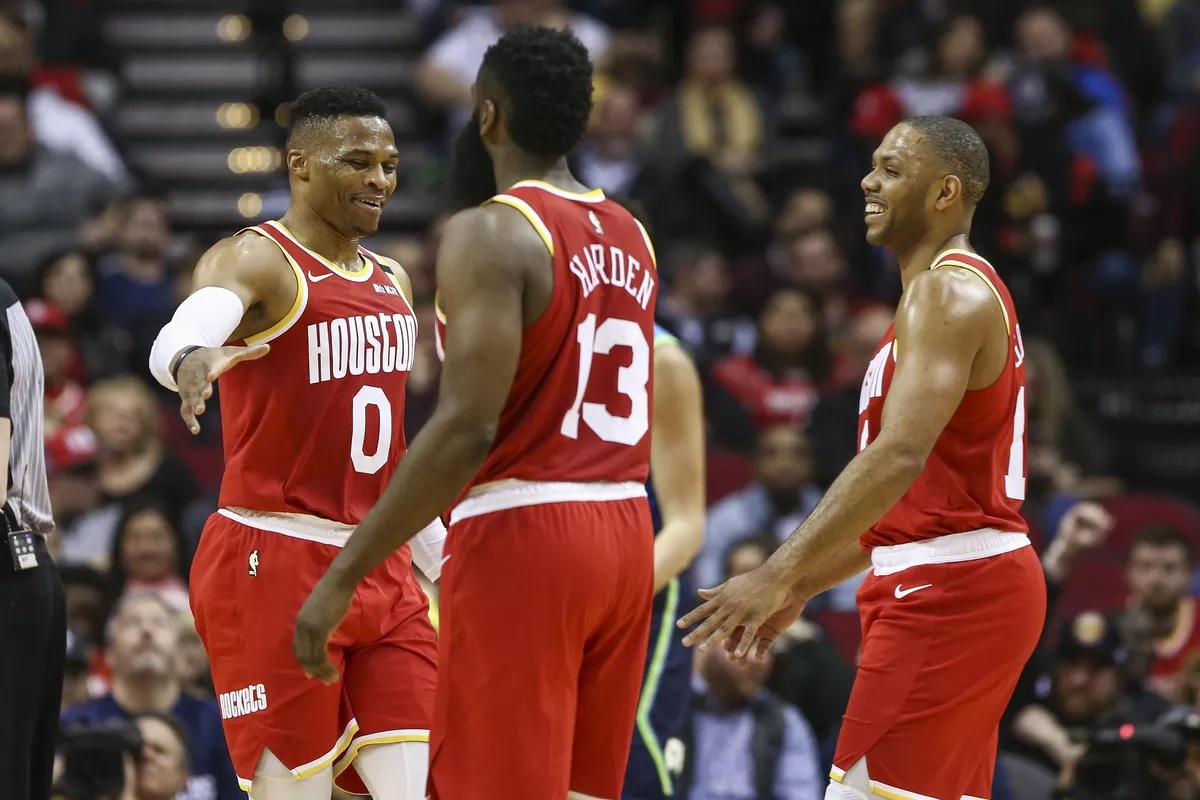 The circumstances were certainly strange, but the Rockets largely looked like their normal selves in Friday’s exhibition loss to the Raptors.

Both of Houston’s MVPs took the floor in Orlando on Friday night, and head coach Mike D’Antoni trotted out another small-ball starting lineup. The Rockets were beat on the boards in their first exhibition. They out-dueled Toronto from beyond the arc. Despite dropping the contest 94-83, Mike D’Antoni is likely pleased with Friday’s performance.

It wasn’t a perfect performance from Houston’s pair of MVPs on Friday night, but James Harden and Russell Westbrook certainly looked ready for the regular season to resume during the scrimmage against Toronto. Westbrook burst to the tin early and often in the first half. Harden banged home three triples in the first 20 minutes. The Rockets didn’t fall completely out of rhythm between March 11 and Friday.

Harden led all scorers on Friday with 24 points on 6-15 from the field on Friday. He appeared slight and quick driving to the basket, and the Rockets thrived when they pushed the pace. It appears as though Harden’s training during the COVID-19 hiatus paid off.

“Our pace was really good,” Harden said after Friday’s scrimmage. “We got a lot of the shots that we want, got into the teeth of the defense. …That’s all you can ask for.”

Westbrook’s stat line isn’t as pretty as Harden’s considering a 5-12 mark from the field, but the UCLA product certainly looked like himself from a physical standpoint. Westbrook blew past defenders and took plenty of punishment in the paint, providing another reminder of his superhuman athleticism. The concern over Westbrook’s late arrival should fully dissipate after Friday’s performance.

“[Westbrook] sure did look athletic, didn’t he?” D’Antoni said postgame. “I think we had good ball movement and he just missed some shots, but there were some really good stretches tonight.”

D’Antoni announced a starting lineup change before Friday’s scrimmage as he moved Danuel House to the bench in place of Eric Gordon. D’Antoni cited the need for Gordon to log significant playing time as his reason for making the switch, and the move will likely be permanent when the season resumes, per D’Antoni. No disrespect to House, who played well in his own right on Friday. But Gordon’s offensive verve gives him the leg up in the battle for Houston’s final starting spot.

Friday night was an encouraging sign for Gordon. The Indiana product tallied 11 points as he hit a pair of threes, looking spry and active from his first minutes on the floor. After an injury riddled 2019-20, a healthy Gordon could provide the Rockets a serious boost in Orlando.

We should be careful not to draw too many conclusions from an exhibition game, but it wasn’t exactly surprising to see the Raptors punish Houston’s front line on Friday. Serge Ibaka bullied his way to 18 points on 8-10 shooting, while Pascal Siakam made four of his five field goals in the lane. Houston showed signs of a viable small-ball defense in February, wreaking havoc as they effectively switched every screen. But the Rockets are still susceptible to getting beat inside with limited length. The Raptors took full advantage on Friday.

Up Next: vs. Grizzlies on Sunday

Houston will look to advance to 1–1 on the scrimmage circuit on Sunday as they face Ja Morant and the Grizzlies. Tip-off is slated for 7 p.m. CT.