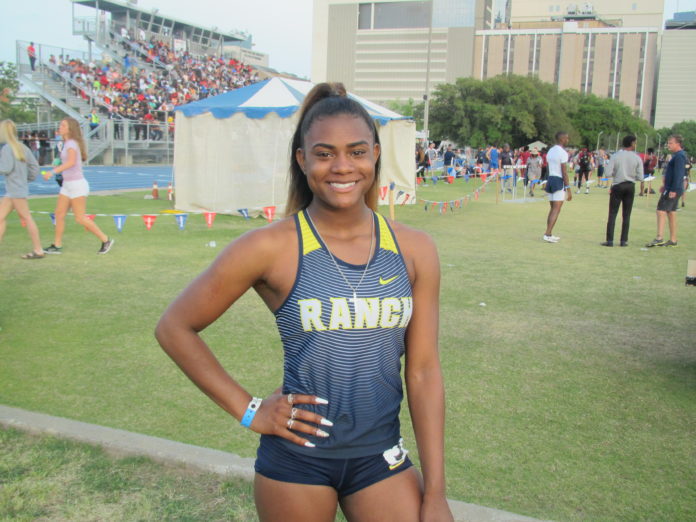 Kailei Collins has visions of one day being a reputable pediatrician. For now the Cypress Ranch High School junior will have to settle for being one of the state’s premiere sprinters.

In a start-studded 100-meter dash field Collins reigned supreme with a time of 11.86 seconds. Kennedy Gamble of the Kinkaid School won the silver medal in 11.98 and Tianna Randle of Summer Creek (12.04) placed third.

“This was my personal best (time) for this year and the competition pushed me to that,” said Collins, who won the same race at last year’s event. “It’s more mental preparation that anything. I have to focus on visually running the race before I actually do it.”

Collins and Gamble resumed their individual battle in the girls’ 200-meter dash with the same 1-2 finish. Collins garnered the gold medal in a time of 23.82 seconds to barely hold off Gamble’s 23.84. Dynasty McClennon of Summer Creek (24.14) took home the bronze.

Although Collins has an affinity for math, she plans to major in pre-med once she enters college.

She will participate in this weekend’s Texas Relays in Austin.