The Royals announced Mahomes’ partial ownership Tuesday, noting that he “spent a lot of time in clubhouses as a kid.”

“He loves football, but he also grew up loving the game of baseball,” said John Sherman, principal owner of the Royals. “We look forward to many years of a winning partnership.”

Mahomes is the son of former major league pitcher Pat Mahomes, who pitched in more than 300 big league games, mostly as a reliever. 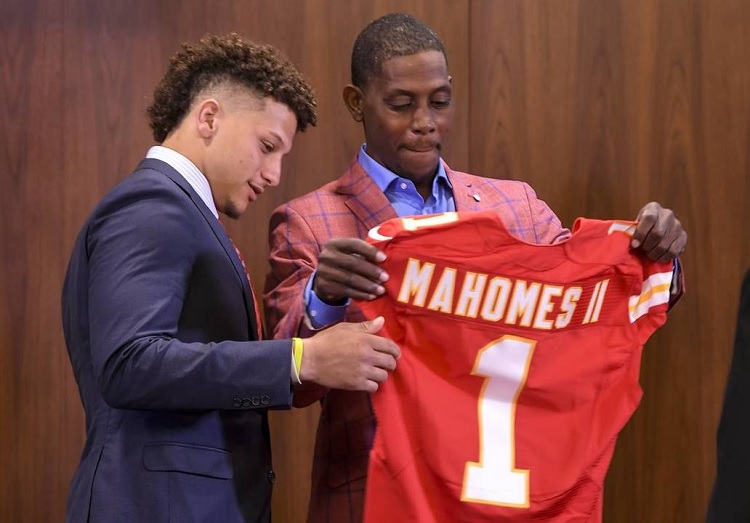 “I’m honored to become a part-owner of the Kansas City Royals,” Mahomes said in a statement released by the team.

“I love this city and the people of this great town. This opportunity allows me to deepen my roots in this community, which is something I’m excited to do.”

Earlier this month, Mahomes signed a 10-year extension with the Chiefs that ties him to Kansas City through the 2031 season. League sources told ESPN’s Adam Schefter that the deal is worth $450 million over the 10-year period and could be worth up to $503 million. The extension includes a $140 million injury guarantee, as well as a no-trade clause.

He was once a baseball prospect and was drafted by the Detroit Tigers in 2014.

Several reacted to the news:

This is Legendary brotha. Congratulations! ✊🏽 https://t.co/I3ItyS5CO0

The quarterback is far from the first athlete to become an owner, and he certainly won’t be the last, but he stands out at becoming one at just 24 years old.