Heights may be the sleeper team out of Houston Independent School District (HISD) after kicking the regular season off with a 62-6 win over Westbury. Leading the way for the Bulldogs is none other than their senior captain running back Kendric Rhymes. As a junior, the three-star Utah State University commit was a gamer scoring 9 touchdowns (7 rushing, 2 receiving). Then this season, it is apparent Rhymes is on a mission to take his game to the next level. Rhymes kicked off his 2020 campaign scoring three touchdowns against Westbury in the first quarter, along with a punt return touchdown in the second quarter that was called back and would have given him four first half scores. By halftime fans in the Westbury stands could be heard saying, and I quote “I need to get his autograph after this game”.

“He has a great attitude and his teammates elected him as a captain which speaks volumes for him. He is a kid that plays with passion every single play, every single snap. And he brings that fire every time we play.”

When Heights head coach Stephen Dixon was asked what Rhymes added to his team as the guy this year, Dixon stated.

“He has a great attitude and his teammates elected him as a captain which speaks volumes for him. He is a kid that plays with passion every single play, every single snap. And he brings that fire every time we play.”

The Defender spoke with Rhymes after Heights defeated Westbury to discuss his style of play, leadership and approach to winning his one-on-one matchups in the open field. 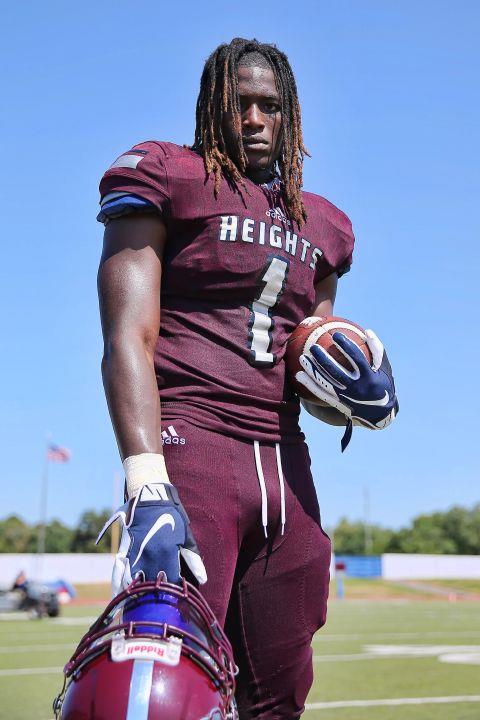 Rhymes: “I like to play like New Orleans Saints running back Alvin Kamara because I can run at receiver and run out of the backfield. I can do it all.”

Defender: With 3 touchdowns in the first quarter, what was your mindset coming in?

Rhymes: “They couldn’t keep us locked in. Ya’ll heard how dogs can’t be locked in too long. They let us out and I just had to unleash. They let me go.”

Defender: What is your approach to breaking defenders down in the open field?

Rhymes: “Anybody that is in front of me I feel you cannot guard me. You got to prove it to me because you just can’t stay in front of me.”

Rhymes: “We have some great momentum with the win that we had against Westbury and hopefully we can transfer that over to next week and do the same thing. My teammates picked me as the captain of the team and I am just trying to led them to the promise land. It is going to take a lot of hard work and dedication. A lot of blood, sweat and tears that nobody else can see. And as you can see on the scoreboard hard work pays off.”

Defender: Why do you think Utah State is the perfect fit?

Rhymes: “They showed a lot of interest in me. The coach that recruited me showed up three times and the fourth time he came down he brought his Offensive Coordinator. Plus, they have a lot of seniors leaving and I have a chance to come in and prove I can play as a true freshman.” 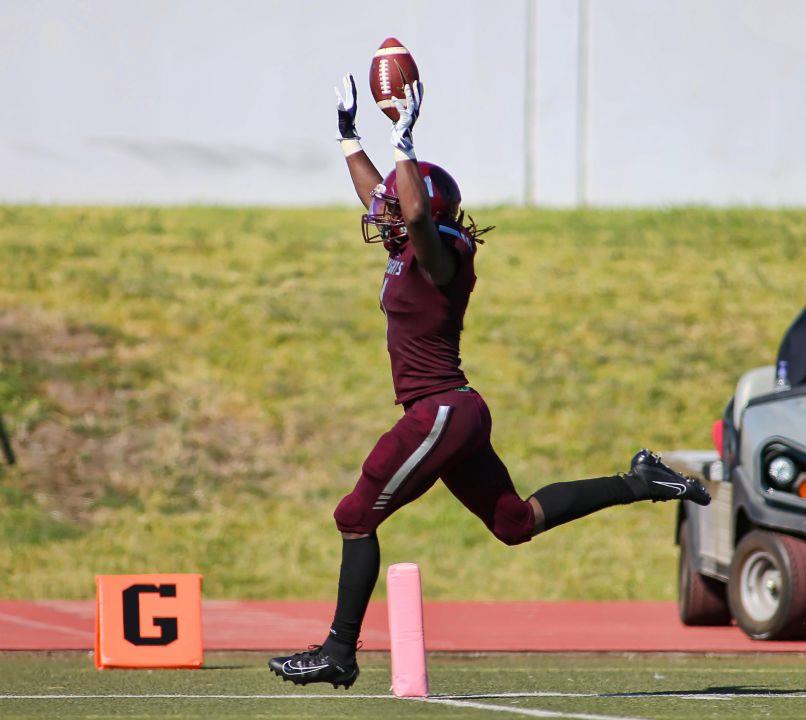