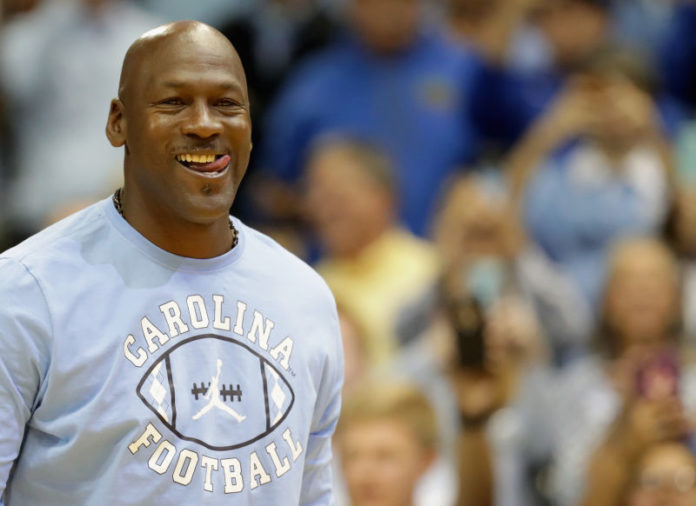 Michael Jordan proves that it’s possible to strike gold twice in a lifetime. Not only is the former basketball god super-rich from his Air Jordan shoe brand with Nike, it looks like his investment in the Charlotte Hornets has paid off too.

In Forbes’ annual NBA franchise valuations, Jordan, the Charlotte Hornets majority owner, is on track to quadruple his investment since 2010. The money mag estimates that the Hornets are worth $1.05 billion, 28th among the 30 NBA franchises, but still a rise of 35 percent in value.

Jordan reportedly only shelled out $30 million in cash when he bought majority ownership from founding owner and billionaire Bob Johnson in 2010. Then the cash outlay was based on a franchise value of $287 million.

The Charlotte Observer reports that most of Jordan’s financial responsibility was assuming debt Johnson took on in the start-up costs of the expansion franchise in 2004.

But it looks like ownership with a star like Jordan worked out for all around. Forbes notes that the Hornets have approximately 11,000 season-ticket holders and made recent advertising deals on their uniforms with LendingTree (valued at $5 million a year) and the Jordan Brand, where all of the other teams will feature the Nike swoosh on their jerseys but Charlotte will be on the only ones rocking the Jumpman logo.

Forbes also reports that all 30 NBA franchises are now worth $1 billion or more for the first time.