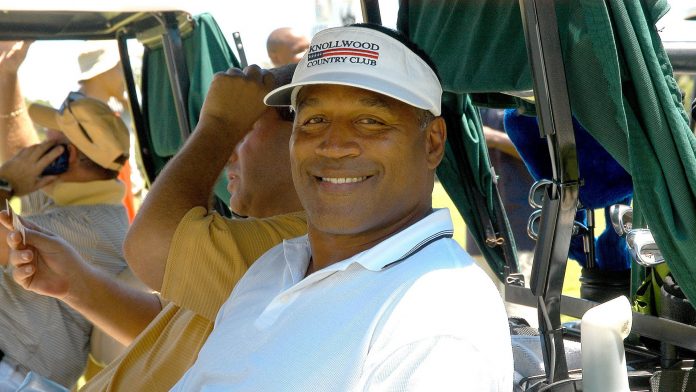 O.J. Simpson is worried he won’t get to golf for a while.

Simpson — who was acquitted in 1995 of the murder of ex-wife Nicole Brown and Ron Goldman in the infamous case that became known as “The Trial of the Century” — said one of the golf courses he played at on Wednesday was closing because of the coronavirus outbreak, and he didn’t seem too happy about it.

“I kind of understand what the golf course is doing,” he said. “I’m not going to criticize them. But you know, you let guys have their own golf cart. You tell them not to, you know, pull the pin out, I guess, you don’t touch the pin. You don’t really get that close to one other on a golf course.

“I think for some of the older guys that golf is their only exercise, I think it’s going to hurt ’em, if you start closing all the golf courses.”

The 72-year-old Simpson — who later served nine years in prison for robbery and kidnapping over an attempt to steal back some of his sports memorabilia from a Las Vegas hotel room — said he would lose his mind if he can’t play golf for an extended period of time.

“And if you do close them, you better open up some insane asylum. Get me a bib. I know if I can’t play golf for the next month, I’m going to go crazy.

Keep them open. A lot of people need them. pic.twitter.com/IFzYAc7NqL