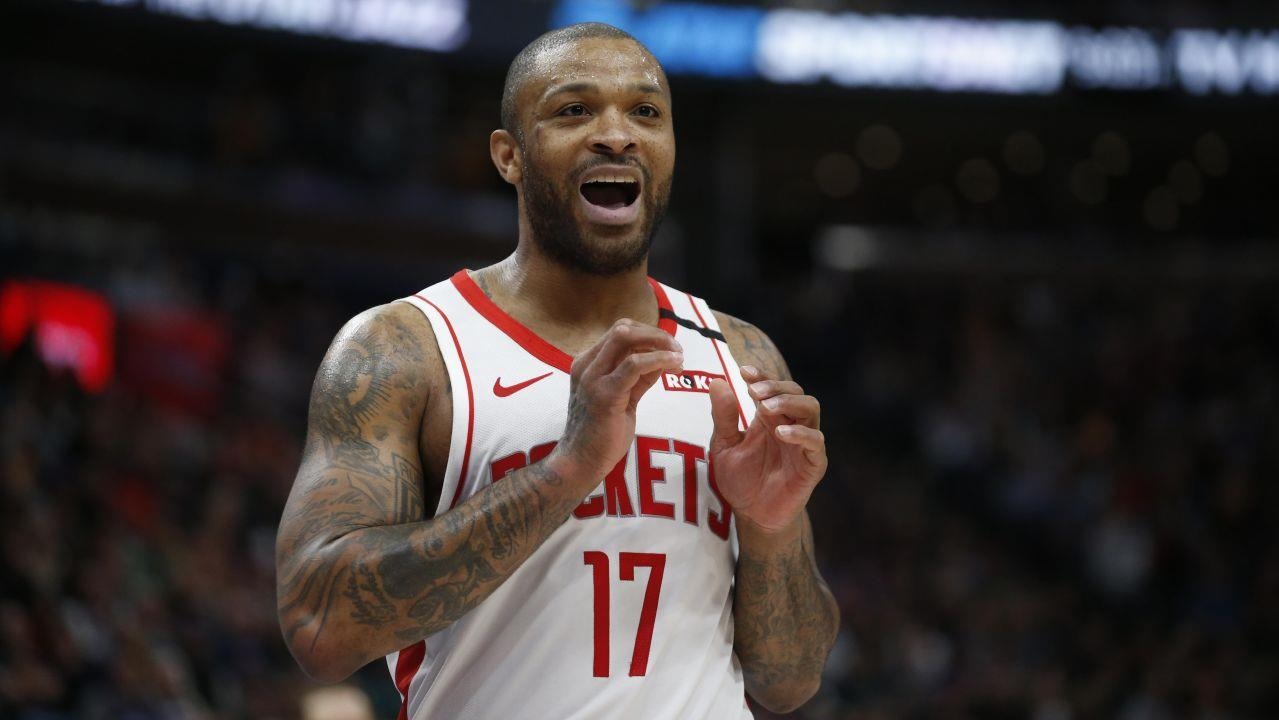 Rockets center P.J. Tucker isn’t quite sure how to frame this restart of the 2019-2020 season.

Technically this is the continuation of the season that went into a four-month pause when the COVID-19 pandemic brought slowed the world down and brought sports to a standstill. But the top 22 teams prior the season halt are in the Orlando bubble getting ready to begin an intriguing format later this month which will start with eight warmup games followed by the playoffs.

“It can’t feel like the same season, but it doesn’t feel like a new season either,” Tucker said. “It’s like we are having a tournament and that’s how I’m trying to think about it. We have eight games for seeding and then the playoffs and we go at it.

While James Harden and Russell Westbrook will shoulder the burden of just how far the Rockets will go in this restart, how much success the team has will largely depend the 6-foot-5 Tucker, who is viewed as the most valuable role player around.

On his best day, the 35-year-old Tucker should be a swingman but in Mike D’Antoni’s small ball experiment he holds down the post on defense but will just as soon pop a 3-pointer from the corner on the other end. What Tucker brings is invaluable and definitely appreciated by his teammates.

“P.J., obviously we know he’s a dog,” Harden said. “He brings that same intensity every single day. No matter if he is making shots or missing shots he is getting after it. He is fouling, he is being a competitor. He is that guy that we need and that everybody would love on their team.”

D’Antoni is glad Tucker is on his team and able to play with range that is rarely seen in the league. Tucker plays about 34 minutes a night while he was averaging 7.1 points, 6.9 rebounds and 1.6 assists while shooting 43 percent from the floor and 37 percent from 3-point range.

But Tucker’s real value is the intangibles he brings more than his stats.

“He always gives you everything he’s got,” D’Antoni said. “He is always going to play as hard as heck for 38 minutes, play defense, make corner shots. He’s the rock of our team.”

Hearing such praise brings a smile to Tucker’s face.