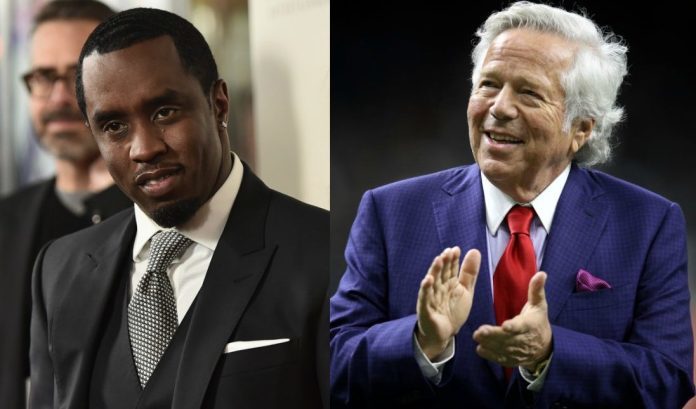 New England Patriots owner Bob Kraft seems to be down with the idea of Diddy becoming an NFL owner.

“I’m a big fan of Diddy,” Kraft told TMZ when asked about the possibility.

Kraft does have a history of hip-hop friendships and was seen partying with Rick Ross in 2015. But with his support of Donald Trump, he’s lost a lot of that credibility in the community.

It would be interesting to see how he and Diddy interacted on the NFL stage.

Diddy and the Carolina Panthers

Recently, Diddy took to social media to announce his intention to become the first Black majority owner in the NFL.

The Panthers are looking for new ownership after founder Jerry Richardson was rocked by scandal when it was revealed that he paid at least four women off over sexual harassment, sexual misconduct, and the use of a racial slur.

Not only would this be the culmination of a longtime dream of Diddy’s but it would also be a move for the history books.

If Diddy does get the team, he already has plans to improve it. For example, he wants to hire former 49ers quarterback Colin Kaepernick.

If that happens, it would signal quite the competition between Kaepernick and Cam Newton for the top spot.

But Kaepernick took to Twitter to make it clear he’d be more interested in ownership of the team. “I want in on the ownership group! Let’s make it happen!” he tweeted.