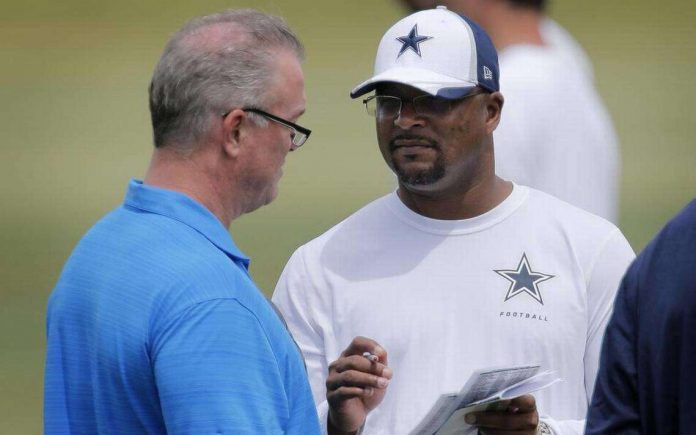 The NFL offseason is kicking into high gear and fans can expect a flurry of activity. The league free agent and trade period began March 13. So much of an NFL franchise’s success in the fall depends on how they manage offseason personnel moves. One of the league’s top personnel executives Will McClay helps break down what fans can expect to see over the next few months.

McClay is vice president of player personnel for the Dallas Cowboys and began his career as an executive in 2009 as Dallas’ pro scouting coordinator. McClay, a local product, is a Marian Christian High School and Rice University graduate and former football player.

“In order for a team to stay in contention year after year you have to be able to successfully win in the offseason,” McClay said. “Normally as soon as a franchise’s season ends, the evaluation process begins. Sizing up existing players’ performance, contract situations, free agency, etcetera are all a part of the process.”

Breaking down the anatomy of the offseason, the next step is evaluating college players who will be eligible for the draft.

“Scouts begin the evaluation process by attending the various collegiate all-star games that occur at the end of the season,” McClay said. “Here you get an opportunity to see a player that you may have scouted during the regular season in a different environment.

“You see them working out and competing in practice against top players from other schools. It also is an excellent time for smaller school players to step up and make a name for themselves.”

The NFL Scouting Combine recently concluded in Indianapolis and McClay discussed how it fits into the offseason landscape.

“The combine gives us a chance to evaluate the top draft eligible players in one place at one time in a number of different position drills,” McClay said. “Guys work out with other guys in their position group.

“Players are weighed and measured. In addition, there are medical evaluations. Teams also get an opportunity to sit down and have one-on-one interviews meeting with players they have an interest in.”

With the free agency period set to begin, McClay explained how teams balance pursuing a player through free agency as opposed to the draft.

“With free agency the key is how much money a team has under the salary cap,” he said. “You don’t get a blank check to just go shopping with. Another key is how close a team thinks they are to their ultimate goal. Assuming they have the cap space, is there a player or two or three in free agency that fill a need that can get you over the top with their contribution?

“The difference between a free agent pick-up and a draft choice is that a free agent has actually played in the NFL and had success. With a draft pick you can do all your evaluations, but you never know how they will fare until they hit the field,” he said.

The NFL draft takes place this year in Nashville on April 26-28. Teams that are successful in the draft on a consistent basis are teams that normally end up in annual playoff contention.

“The draft is the culmination of exhaustive work by an organization’s personnel department, [including] all of the evaluations, scouting reports, film study, combine and pro days,” McClay said.

“The league is so competitive and the sense of urgency for teams to win is immediate. You hope drafted players are able to come in the league and contribute sooner than later.”