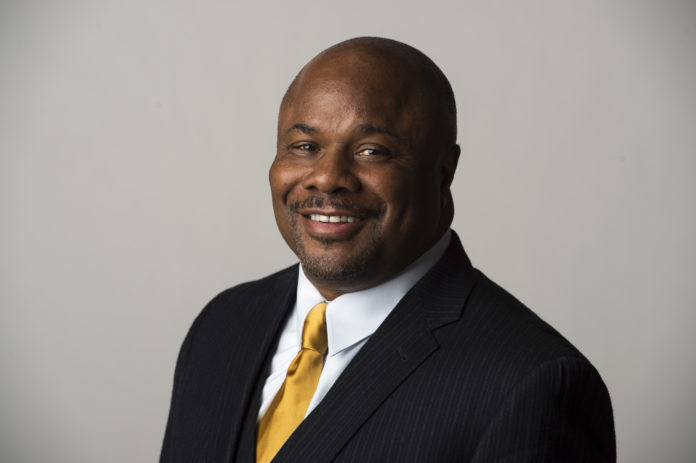 We’re familiar with the fruit of his labor on ESPN. On television, “First Take” is one of the network’s most popular shows. On ESPN Radio, “Mike & Mike,” “The Dan Le Batard Show with Stugotz” and “The Right Time with Bomani Jones” are just a sample of the award-winning shows he oversees.

He is Dave Roberts, ESPN vice president of audio network content, and we had a chance to sit down and pick his brain during the broadcast of “First Take” in Houston for the Super Bowl.

Roberts joined the ESPN family in 2004 as a coordinating producer, working on ESPNEWS, “SportsCenter” and “Baseball Tonight,” this after a 25-year career in local news, both in front of and behind the camera, capped by three years as news director of WUSA-TV in Washington, D.C. (2001-2004).

He was the first African-American news director in Ohio when he worked at WDTN-TV in Dayton (1987). He became Atlanta’s first Black news director when he joined WXIA-TV (1996).

As an advocate for diversity in the newsroom, Roberts has seen the worst in the industry.

At ESPN, Roberts said he has witnessed a network that walks the walk, not just talks the talk.

“One thing that cannot be argued about is ESPN’s commitment to diversity, in front of the camera and behind the scenes,” he said. “The fact that you have a Stephen A. Smith in a position where he is free to state his opinions continues a tradition of being open to a diverse array of opinions.

“You can go back to the late, great John Saunders with the ‘Sports Reporters.’  Michael Wilbon is on one of the most successful programs in all of the broadcasting business, ‘PTI [Pardon the Interruption].’ Michael Smith and Jemele Hill have been opinion-shapers who are now going to anchor our 5 p.m. ‘SportsCenter,’ so it’s not new,” Roberts said.

Roberts was promoted to his current position as VP in 2013. “First Take” was added to his professional portfolio last November.  The immense popularity of the show was on display in Houston with lines stretching for blocks to be an audience member.

With experience both in front of and behind the camera, Roberts encourages young people in the industry to explore opportunities behind the scenes.

“It’s the decision-making roles that are quite often not filled by people of color that are the difference makers – determining what stories are covered, what stories are talked about and debated, and [determining] the people hired in front of the camera and behind the scenes.”

For those considering entering the profession, Roberts also offered advice.

“You have to be prepared and that’s something I stress no matter who you are,” he said. “If you want to be in a leadership position, realize that you’re going to have to work 24-7. You have to realize that you have to perform at the highest level all the time. You can’t get into this business being weak. You have to come in there being strong. You have to have convictions about your beliefs. You have to be committed and understand that the value of diversity and inclusion is paramount to serving the audience that represents the entire country.”

“It is a very important priority for me to make sure that there is a pipeline of other African-Americans and other people of color to make sure they’re in a position to impact this business, especially as we head into the era that we’re in right now,” he said. 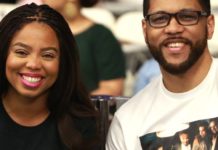