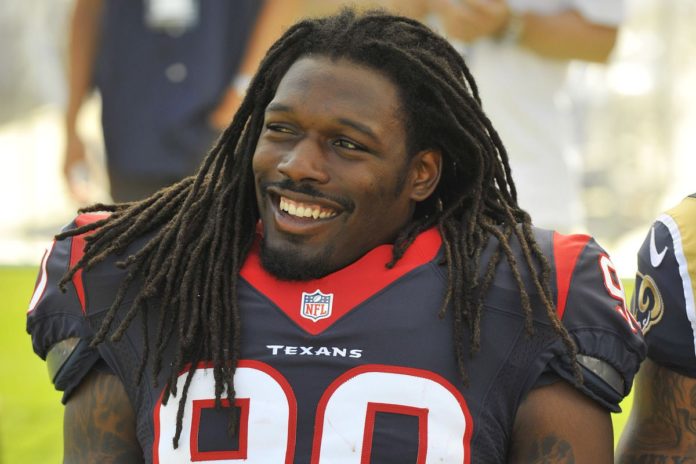 It was another frustrating year for Houston Texans fans. The season had a positive outlook as rookie quarterback Deshaun Watson exploded onto the scene and breathed much needed life into an offense that was dead on arrival. Unfortunately, the injury bug struck the team in a big way.

An ACL knee injury in practice derailed Watson’s promising rookie campaign. Two of the Texans top three defensive playmakers, J.J. Watt and Whitney Mercilus, were injured in the same game and lost for the season. Jadeveon Clowney, the one healthy defensive playmaker, played at a Pro Bowl level.

Clowney was a one-man wrecking crew for the Texan defense all season. Playing with the intensity that made him the top pick overall in the 2014 NFL Draft, Clowney was a stabilizing force on the defense. Whether it was rushing the quarterback or stopping the run, No. 90 was a dynamo.

Despite having the best year of his career, Clowney keeps his focus on the overall production of the team, its wins and losses.

“I think I had an okay season, but we were losing,” Clowney said. “At the end of the day it’s all about winning and losing. I’ve got to keep getting better and better each week, improving my tackles, sacks and tackles for loss. Whatever I can do to lead this team, get a win, whatever it is, I just go out there and play hard and be physical.”

Without Watt or Mercilus in the game, Clowney had to take on the role of a defensive leader in the locker room and on the field, a role that defensive coordinator Mike Vrabel said fits him.

“I think that [Clowney] always been that type of guy. He’s got a great attitude, he’s got energy, he loves football,” Vrabel said. “There are different ways to lead. I think that JD’s going to lead by example and I tell him, ‘When you play as hard as you do and you’re productive, then you have to demand that type of effort out of everybody else during the games.’ So, you can’t sit there and force a leadership style on a guy. I think that he just has to continue to do what he’s been doing.”

After two injury-plagued years, Clowney has been able to stay on the field and the results have been obvious.

“The way he plays puts a lot of stress on the body because he plays hard, he plays fast and violent,” Vrabel said. “For him to be available is huge for us. I think that he understands that, that he’s got to come in there and be there week in and week out. He’s been a disruptive run player for us and he continues to work on his pass rush every week.

Cornerback Kareem Jackson has a birdseye view of how well Clowney played this season and has nothing but praise.

“Jadeveon was unbelievable for us, a real beast,” Jackson said. “You could see it coming last year with what I thought was his breakout year. He just needed to stay healthy. This season he was dominant. A guy that offensive linemen have to account for on every play.”

“I appreciate the kind words that folks have said about me, but I always had confidence in my ability,” Clowney said. “I have always worked hard to be the best. My goals for our defense, our team, are very high. The bottom line for me is winning.”