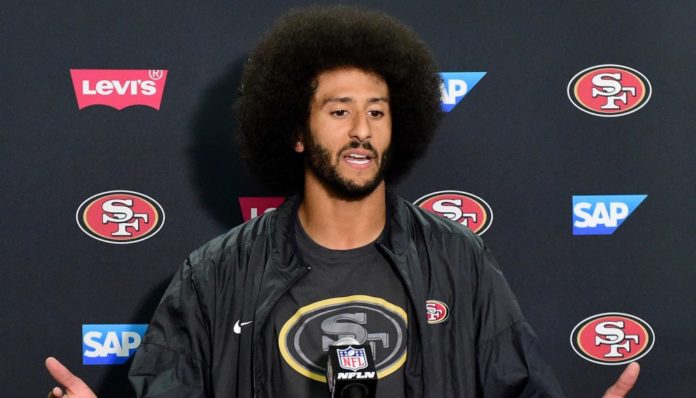 Lawyers for former San Francisco 49ers quarterback Colin Kaepernick say he has filed a grievance against the NFL, alleging that he remains unsigned as a result of collusion by owners.

Kaepernick started a national conversation about political activism by athletes last season when he decided to sit, and then kneel, during the national anthem to protest mistreatment of African-Americans by police. Other players have continued the protests this season, prompting an angry response from President Donald Trump, who said players should be fired for not standing during the anthem.

Kaepernick opted out of his contract with the 49ers at the end of last season and remains a free agent despite a rash of injuries and poor play at the quarterback position.

Mark Geragos, one of Kaepernick’s attorneys, tweeted out a statement Sunday saying he filed the grievance “only after pursuing every possible avenue with all NFL teams and their executives.”

“If the NFL (as well as all professional sports leagues) is to remain a meritocracy, then principled and peaceful political protest — which the owners themselves made great theater imitating weeks ago — should not be punished,” Geragos said in the statement, “and athletes should not be denied employment based on partisan political provocation by the executive branch of our government.”