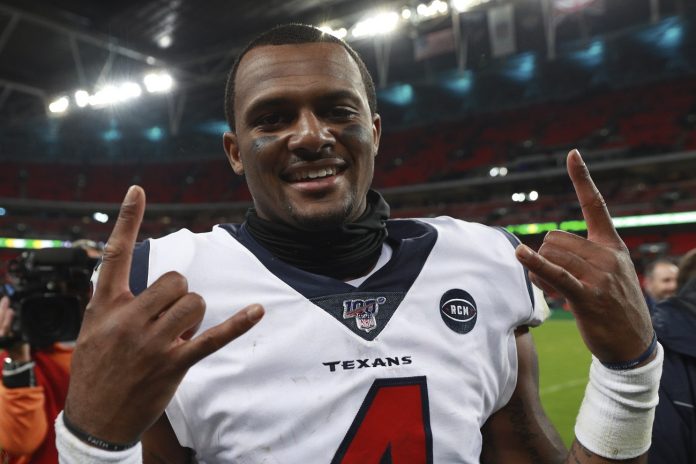 Houston Texans coach/general manager Bill O’Brien pulled off the most stunning move of the offseason when he traded away star receiver DeAndre Hopkins ahead of NFL free agency and the league’s new calendar year.

Well, the folks in Las Vegas certainly think so and they believe Bill Belichick and the New England Patriots are the favored landing spot for Watson in 2021.

Sportsbetting.ag has Watson as the clear favorite with a +300 line.

All this speculation has been fueled by this past week’s turn of events that saw the Patriots perennial Super Bowl winning quarterback, Tom Brady, bolt the only franchise he has played with to join the Tampa Bay Buccaneers. And, then there was the inexplicable trade of Hopkins, one of the top receivers in the NFL, to the Arizona Cardinals for a backup running back.

O’Brien’s penchant for getting rid of talented players like Jadeveon Clowney, Kareem Jackson and Hopkins has fueled speculation the environment around the Texans is toxic and that Watson may want to move on.

While certainly seeming disappointed in the trade of his top target, Watson gave no indication of being unhappy with the organization in his reaction to the Hopkins trade on his Twitter account.

“Man this is crazy! Not sure how you thank someone who has done so much for you and your career,” Watson tweeted. “Not only someone who was a leader but one of the best to ever do it. Even more I appreciate your genuine friendship from Day 1. Wishing you everything you deserve Fam!”