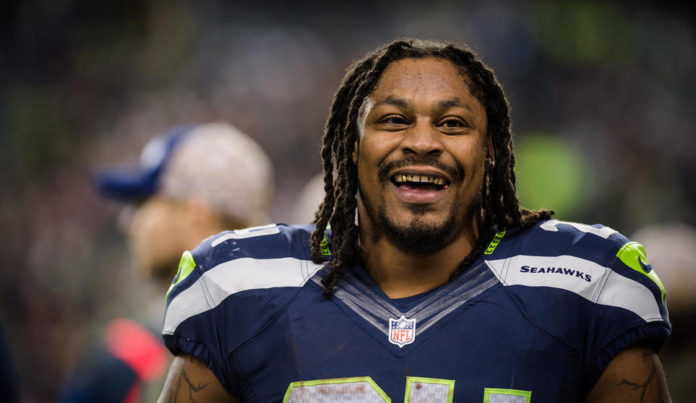 Retired Seattle Seahawks running back Marshawn Lynch visited his hometown Oakland Raiders on Wednesday, with thoughts of orchestrating a comeback.

An NFL source told ESPN’s Adam Schefter that a deal between the Raiders and Lynch “eventually will happen.” The Seahawks, who still retain Lynch’s rights, granted permission for the visit, ESPN reported.

Should Lynch come out of retirement, he is in line for a salary-cap hit of $9 million in 2017 and a base salary of $7 million in 2018. The Raiders are unlikely to part with draft picks for Lynch in a trade or to take on that salary. Oakland currently has just over $27.6 million in cap space and wants to extend quarterback Derek Carr, edge rusher Khalil Mack and right guard Gabe Jackson.

The Raiders would prefer Lynch is cut by the Seahawks so a new, cheaper contract could be discussed. Plus, they would want to do their due diligence on him to see if Lynch would fit into their system as well as their locker room, hence Wednesday’s visit.

Seahawks coach Pete Carroll said last week at the owners meetings that he met with Lynch recently and discussed the idea of returning to the NFL.

“I know that he is somewhat entertaining the thought of it,” Carroll said. “I can’t tell you how strong it is. You’ve got to talk to him.”

Carroll was asked whether Lynch could still be effective.

“I don’t know,” he said. “It depends on how he’s approached this offseason. He looked OK. The mentality that it takes to play this game the way he plays this game, he has to really be invested and ready because he goes deep when he plays. Whether or not that’s still in him, the burn is still there, I couldn’t tell that from talking to him. I know that he was playing with the idea.”