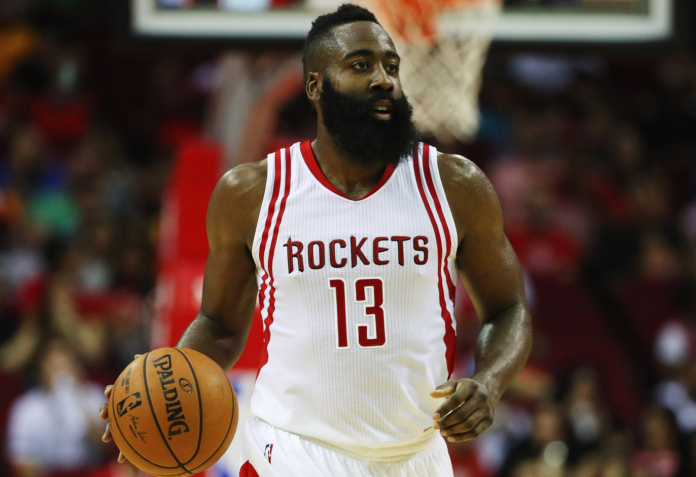 With less than four weeks remaining in the NBA regular season, the Rockets clinched a spot in the playoffs. Last year, the Rockets finished with a .500 record of 41-41, good enough for the eighth and final playoff spot.

This season, the team has 50 wins (third best in the league to date) and is firmly entrenched as the No. 3 seeded team in the Western Conference, behind San Antonio and Golden State.  What’s the difference in a year? The reemergence of James Harden as a legitimate MVP candidate and team leader.

Many of us scratched our heads with apprehension when new Rocket head coach Mike D’Antoni announced that he would move All-Star Harden to point guard. Little did we know that Harden, known previously as a dominant scorer, would be able to fit so smoothly into his new role as a distributor and maintain his scoring prowess.

Harden leads the NBA in assists, averaging 11 per game. He is second in scoring, averaging 29 per game. Harden has 19 triple doubles on the season. In January against the 76ers, Harden scored 51 points, 13 rebounds and 13 assists and became the second NBA player in history to record two 50-point triple doubles in one season.

As Harden continues to puts up eye-popping offensive numbers for himself and his teammates, he shows he has iron man characteristics as well. While so many of the NBA’s elite take games off, Harden prides himself in his amazing durability.

He is leading the NBA in total minutes played for the third consecutive season. He has missed just one regular-season game in the past three seasons and that came via suspension.

“I can’t afford to take nights off. That’s not what I get paid for,” Harden said. “I just love being out there on the court helping my teammates and playing for the Houston Rockets.”

Harden’s passion to play makes for an interesting balancing act for D’Antoni.

Perhaps D’Antoni will follow the trend and sit his MVP candidate for a game. Don’t bet on it, at least not yet.

“He loves to play and he just won’t do it,” D’Antoni continued. “I think he takes pride in playing all the games. Whether that’s good or not…he’s 27 years old and he feels good.”

A runner-up to MVP Steph Curry in 2014-2015, Harden has shown the level of consistency that should make him the guy to beat in the MVP sweepstakes. Harden, however, wants no part of the MVP conversation. He has a bigger goal in mind.

“My goal, our goal is pursuing a championship,” he said. “This is just the beginning. We still have a long way to go, a long way to improve, but we’re headed in the right direction.”