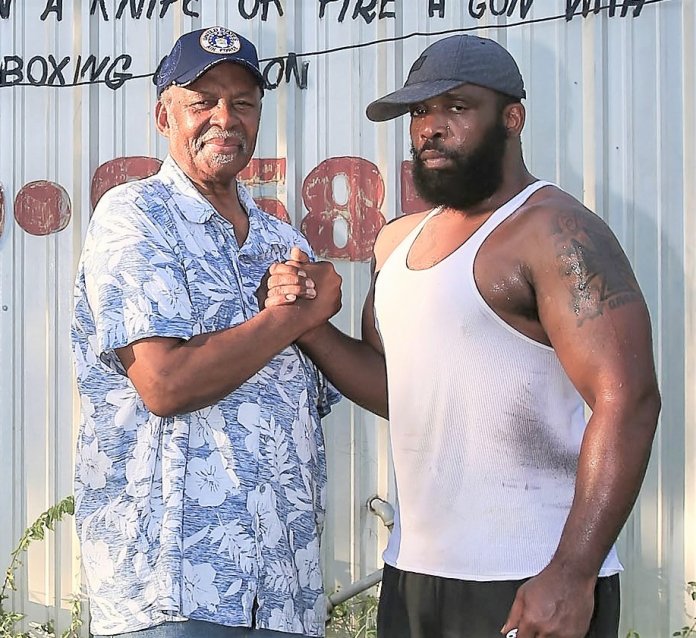 The Progressive Amateur Boxing Association, or PABA for short, was founded in 1968 by Houston’s fighting preacher, Rev. Ray Martin. PABA, a Third Ward landmark, has touched the lives of countless kids, most notably the Charlo twins – Jermell and Jermall – who fought in amateur boxing tournaments at PABA during their youth.

Due to renovations PABA is currently not offering a formal summer program but kids can drop by after 6 p.m. Rev. Martin, whose mission was to give kids in the community a place to go to keep them off of the streets and out of trouble, has since passed on the day-to-day responsibilities to his son, Ray Martin Jr., who operates and coaches at the facility.

“[PABA] let me know that boxing isn’t all about punching,” Jiles said. “It takes technique. I have been coming here ever since and I love it.”

The Defender spoke Ray Martin Jr. about his role at PABA and the organization’s role in the community.

Defender: What has the transition to PABA director been like?

Martin Jr.:The transition has been a process. I’ve been working with the program since my early 20s, when I became a certified coach. And now that I am 46, I have been doing this for a period of time and for the past five years especially I’ve done a lot more of the day-to-day running of the gym. So, I have been transitioning into this for quite a few years and have been prepared to continue this institution that we have here in Third Ward.

Defender: Why do you believe PABA is important to the community?

Martin Jr.:The people let us know how important this organization is even with the so-called changing demographics of the neighborhood. Time has proven that PABA is just as relevant now as it was in the ‘60s. Since school has been out [youth] come through the gym on a daily basis whether it’s to use the water fountain or just hang out for an hour or two to get out of the streets and learn a little bit of boxing. We get anywhere between 10 to 50 youth a day. PABA is quite relevant to the community as far as keeping the youth off the streets and giving them a safe environment with discipline where they can let out that pent-up energy they have inside.

Defender: How can the community help PABA continue its legacy?

Martin Jr.:I am basically a volunteer trainer/coach and I have two other volunteer coaches who work with me and these dudes put in at least 20 hours a day or more helping me with the kids. We take in gym dues, which is a very small fee when compared to the for-profit boxing gyms in the city. We work with the majority of these kids for free. If anyone would like to make a donation to PABA, they can definitely feel free to do so.