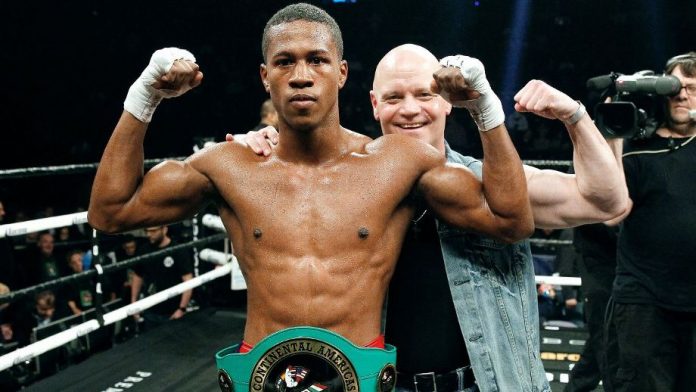 The super welterweight died Wednesday surrounded by friends and family, four days after being knocked out by Charles Conwell during a USBA title bout in Chicago. He was 27.REAL LIFE. REAL NEWS. REAL VOICES.Help us tell more of the stories that matter from voices that too often remain unheard.Subscribe Now

Day’s promoter, Lou DiBella, made the solemn announcement on his company’s website, praising the athlete as a “beacon of light.”

Day had already been knocked down twice in the fight before undefeated defending champion Conwell, a 2016 Olympian, hit him with several punches to knock him out in the 10th round. Day suffered seizures on the way to the hospital and lapsed into a coma.

He is at least the third professional boxer to die from head injuries sustained in the ring this year, The New York Times noted.

“All I ever wanted to do was win,” a guilt-wracked Conwell wrote earlier this week on Instagram in a letter to Day. “If I could take it all back I would.” Conwell said he thought about quitting boxing, “but I know that’s not what you would want.”

“He was an exceptional good man who was outstandingly passionate about boxing,” the World Boxing Council wrote on Twitter.

Day, the youngest of four brothers, was born to Haitian immigrant parents. His dad was an OB-GYN in Brooklyn, New York, and his mother a United Nations translator, ESPN reported. Day held a bachelor’s degree.

“Patrick Day didn’t need to box,” DiBella wrote. “He chose to box, knowing the inherent risks that every fighter faces when he or she walks into a boxing ring. Boxing is what Pat loved to do. It’s how he inspired people and it was something that made him feel alive.”

Tributes poured in from the boxing community and elsewhere.