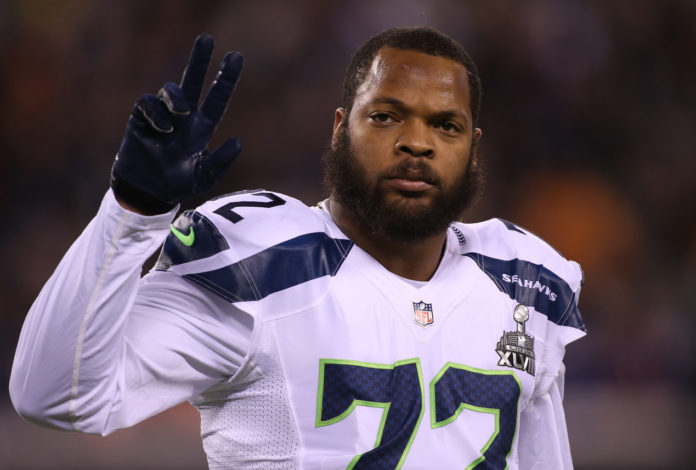 With Colin Kaepernick still unsigned this late in the off-season, at least one NFL player isn’t afraid to express what he believes is the reason, and says “most people know why” the quarterback is remains a free agent.

Seattle Seahawks defensive end Michael Bennett says it has to do with Kaepernick’s views on race and politics, which were on full display last season with his decision not to stand for the national anthem.

“I think the league is built on middle America, and most of the middle of America is predominantly a white crowd,” Bennett told the Guardian on Wednesday (June 14). “That’s just the truth of it. I think race is not something that the NFL wants to be a part of or get behind. But the league is predominantly African-American.

“So the issue that he’s dealing with is what we’re all dealing with. We all come from the inner city or we’ve been a part of communities where we felt like we’ve been judged because of the color of our skin or who we like or if a woman – any issue to deal with. We’ve all been dealing with it with someone in our family.”

Bennett’s Seahawks were the lone NFL team who brought in Kaepernick for a workout as one of several candidates in their search for a back-up for starter Russell Wilson, a job that ultimately went to Austin Davis.

“Obviously, there’s the elephant in the room why Kaepernick isn’t signed, and most people know why,” Bennett said. “I’ve said this several times, and I’m not afraid to say it: I think race and politics in sports is something people don’t want to hear about, nor do people want to be a part of.”

Bennett’s coach Pete Carroll said he passed on Kaepernick because the QB still believed he was worthy of a starting position.

“If [Carroll] feels that this is not the right situation because we have a starting quarterback, then that’s his choice,” Bennett said. “I think he’s able to have that choice because he’s shown that he’s of a winning pedigree. He wants to make sure he doesn’t have that competition behind his quarterback. I think it’s justifiable.”

Bennett also revealed on Wednesday that he has been writing a book, titled Things That Make White People Uncomfortable. “I think the title is just a title to start a conversation so people want to read it,” Bennett said. “The book I’m focusing on is issues that I see that are important in America, and they are my views and opinion.”