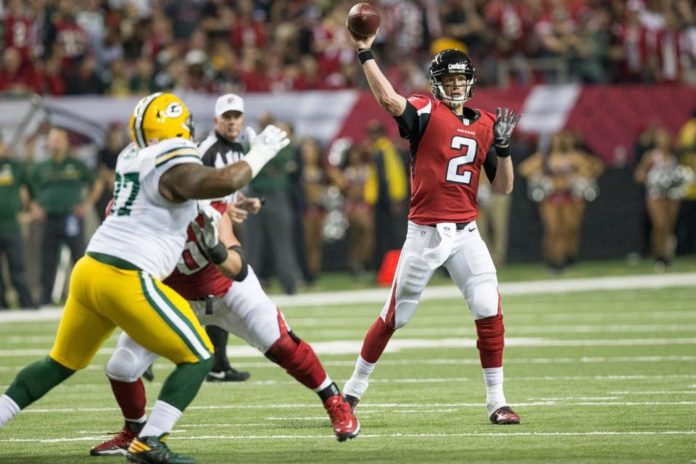 After weeks of hard-hitting action, it has come down to this. After months of blood, sweat and tears we have our finalists. In what is certain to be an entertaining match-up, the high-flying Atlanta Falcons will take on the methodical New England Patriots.

All roads lead to Houston on Sunday, Feb. 5 for the nation’s largest sporting event, Super Bowl LI (51). It will be live from NRG Stadium beginning at 5:30 p.m. on Fox.

The Falcons punched their ticket to Houston after simply crushing the Green Bay Packers in the NFC championship game 44-21. For the Falcons it will be their second appearance in the Super Bowl. They will try to avenge a loss 18 years ago to the Denver Broncos. They will bring the NFL’s No. 1 scoring offense to NRG along with a young aggressive, playmaking defense.

The face of the Falcons franchise, Pro Bowler and MVP candidate quarterback Matt Ryan, expressed the feelings of the team following their recent accomplishment.

At this point of the season, teams rise or fall based on the play of their quarterback and no QB has been hotter than Ryan. Against the Packers Ryan was a cool 27 of 38, passing for 392 yards and four touchdowns. His primary battery-mate, receiver Julio Jones, had an incredible nine receptions for 180 yards and two touchdowns.

According to Pro Football Reference, the veteran QB now has more 350-yard, 3-TD conference championship outings than Peyton Manning and Tom Brady combined. What’s more, his 139.4 QB rating is the 19th-highest ever in an NFL playoff and his 392 passing yards are the 20-most tallied in a postseason contest.

“We didn’t doubt ourselves,” Beasley said. “[We] have been playing at an exceptionally high level. It’s great to see the way we evolved, the way we matured. It just shows what we have in the future with this defense.”

For the Patriots it’s business as usual when it comes to Super Bowls, with nine appearances and four championships, including a 32-29 last-second win over the Carolina Panthers ‘in 2004, the last time the game was played at NRG.

The Patriots systematically took apart a very good Pittsburgh Steeler team in the AFC championship game, 36-17. The win marked the seventh time that the combination of head coach Bill Belichick and Brady at quarterback have captured conference titles.

Predictably, Belichick deflected his accomplishments away from himself and his superstar QB and lauded the play of the team as a whole.

“Tom played well tonight,” he said. “Everybody played well…We had a good team effort on all three units, both sides of the ball. I mean, the numbers are nice and all that, but it’s really about this team and this year and this group of guys. I’m really happy for our coaching staff, for our players, all of the guys who gave us such a great look this week. It was just a good team victory. It’s a good team.”

Calling the Patriots a good team is an understatement. They have the NFL’s No. 1 scoring defense and a Hall of Fame quarterback who, at age 39, is as smooth as a rare vintage scotch. They have what seems like a never ending array of no-name playmakers, offensively and defensively, who emerge at just the right time to break your heart. Their head coach is widely revered as the best football mind of the modern era.

One of their players with local ties is tight end Martellus Bennett, who played at Alief Taylor High School and Texas A&M University.

The Patriots are as good as it gets, but they can be beaten. Can Atlanta be the team to deny New England their fifth Lombardi Trophy and in the process capture their first? Only time will tell.