Texans slot receiver Randall Cobb has many reasons for his emotions to be running on high this week.

For starters, the 10-year veteran receiver, who in his first season with the 1-5 Texans, is suddenly part of trade rumors. But even more immediate is that Cobb is about to face the Green Bay Packers, the team where he spent the first eight years of his career and become Aaron Rodgers go-to target.

“I know a lot of people are probably thinking that Randall (Cobb) was saying he was getting traded. He’s not going anywhere. Nobody’s going anywhere. We’re going to stick with this team and keep pushing forward,” said Deshaun Watson.

Cobb has been gone from Green Bay for two years now but admits that it seems strange to go against many of the players he called teammates for long so long.

“It’s a little weird,” said Cobb, who spent last season with the Cowboys. “Actually, I was in Dallas last year and we played the Packers. It was a very weird feeling after being in Green Bay for eight years, giving everything to that organization. To play them, it was weird being on the other sidelines.

“It’s a new year, a different situation and really we’re just looking to go 1-0 this week.”

But Cobb doesn’t deny he still has special feelings when it comes to Green Bay, having been there for the start of his career and achieving many great things there.

“I think putting on the green and gold and running through the tunnel and knowing the players that’s come through that tunnel and the people that’s played on that field, it really is hallowed ground,” Cobb said. “It’s really a special place. I have some very fond memories.” 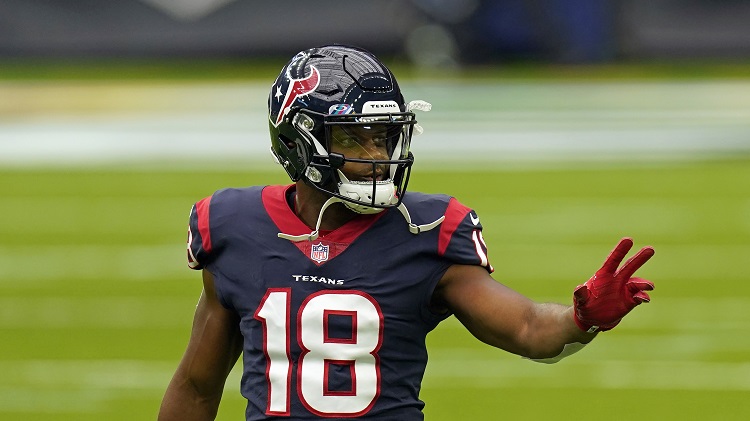 Cobb signed a three-year, $29 million free agent deal with the Texans this offseason in hopes of creating some special with quarterback Deshaun Watson. But since then things have imploded.

The Texans are off to a frustrating 1-5 start and general manager and head coach Bill O’Brien, who signed Cobb this offseason, has been fired and replaced by interim coach Romeo Crennel.

Suddenly, Cobb and Will Fuller find themselves in the middle of trade rumors this week. Cobb isn’t in denial although he does admit to hoping to stick around for a while after recently buying a home in Houston.

“You never know. I’ve seen crazier things happen in this business since I’ve been in it,” he said. “You’ve really just got to brace yourself and brace to see what happens.”

Watson, however, isn’t quite as ready to concede that two of his top targets could be headed out the door soon.

“Them boys ain’t getting traded,” said Watson, who is normally more low-key about personnel decisions. “That was something that we squashed at the end of practice. It wasn’t too big of a deal.

“I know a lot of people are probably thinking that Randall (Cobb) was saying he was getting traded. He’s not going anywhere. Nobody’s going anywhere. We’re going to stick with this team and keep pushing forward.”

The rumors have started swirling just as Watson and Cobb have started to build a connection on the football field. In the last two weeks, Cobb has caught 17 passes on 21 targets. 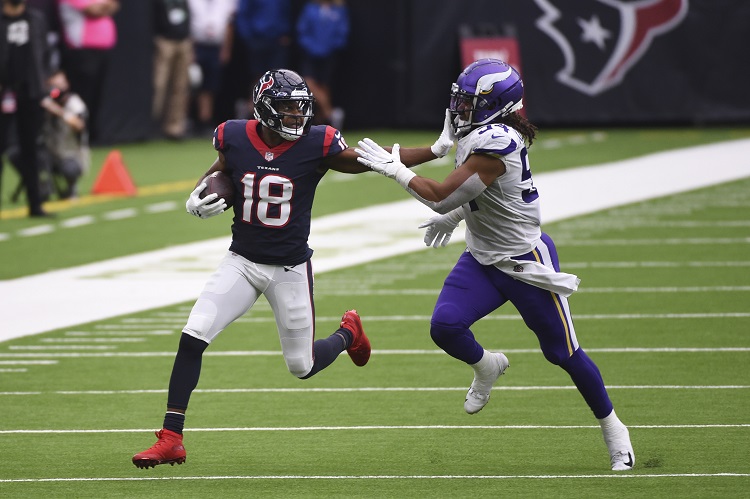 He has 22 catches for 277 yards and two touchdowns on the season.

“I think like I said earlier on in this year, it’s about the chemistry that we’re building. It takes time,” Cobb said. “It wasn’t something that was going to happen overnight. I think he’s getting a little more comfortable with all of us and understanding the way that we move and understanding the way that we’re able to get open on certain plays.”

Crennel has been pleased to see the growing connection between Watson and Cobb, especially in the two weeks since he took over for O’Brien.

“I think he’s done well,” Crennel said. “Early on the ball wasn’t coming to him and now the ball is coming to him, and he’s showing that he’s a playmaker. We’ve still got a long season to go and I think he’ll continue to show up.”