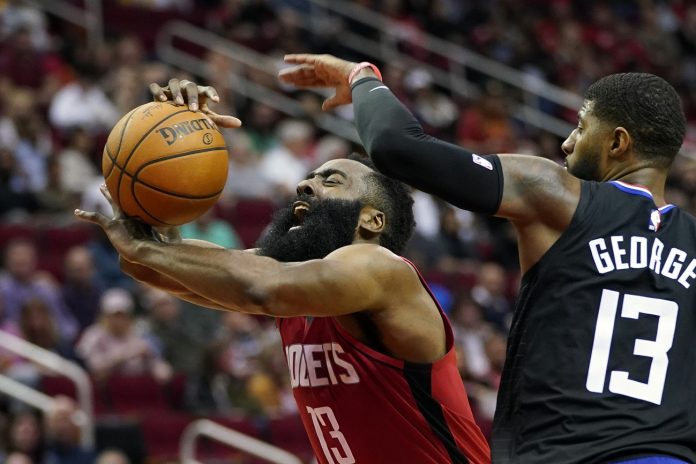 The Rockets are still trying to figure out this whole small ball style of basketball they have shifted to.

The Los Angeles Clippers, meanwhile, know exactly who they are and what they can be.

The two vastly different approaches were on display in a late-season Western Conference matchup on Thursday night at the Toyota Center, and if the result means anything, then the Rockets have a great deal to be worried about with the playoffs a little over a month away.

The Clippers overwhelmed the Rockets, 120-105, in a matchup of two the top four Western Conference teams.

Kawhi Leonard led six Clippers in double-figures with 25 points in a night where Los Angeles played the Rockets small-ball game and bested them at it by being far more efficient.

The Clippers shot 46% from the floor and 33% from 3-point range compared to the Rockets meager 36% shooting from the field and 17% shooting (7-of-42) from behind the arc.

The Rockets’ long–range shooters – James Harden in particular – couldn’t getting going throughout most of the game.

The Rockets were 2-for-22 from 3-point land in the first half and had only made a total of five treys until the final few minutes of the fourth quarter.

Russell Westbrook led the Rockets with 29 points, 15 rebounds and five assists, but Harden had just 16 points on 4-of-17 shooting from the floor and a 0-for-8 showing from 3-point land.

This was the Rockets second embarrassing loss in a row after having lost to the New York Knicks on Monday night.