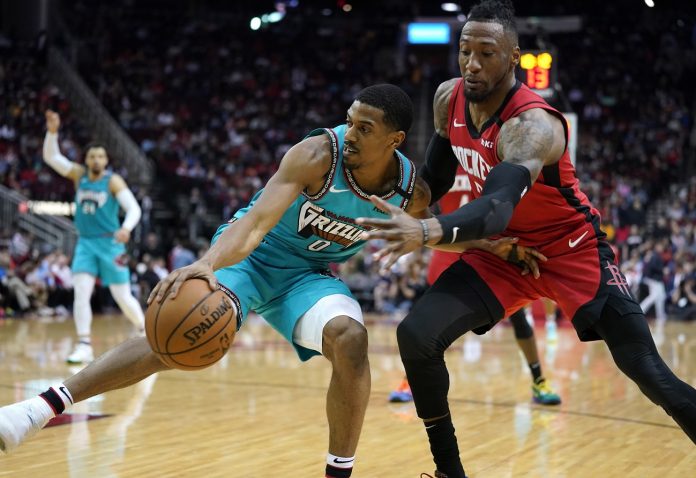 Based on the offensive numbers alone, the Rockets conversion to small ball is going well since the All-Star break.

The Rockets are scoring 120-points or more on the regular and have a five-game winning streak going – four since coming back from the All-Star break. But the most impressive improvement seems to on the defensive side of the court where the Rockets are putting the clamps on the opponents as of late.

“Just planning our game,” Rockets guard Russell Westbrook said when asked to explain the difference in the defense. “Just finding ways to be able to use our quickness (and) our size to our advantage.”

Much of the defensive improvement seems to coincide with the recent additions of Robert Covington, Jeff Green and DeMarre Carroll who were all brought aboard because of their defense. The Rockets have not allowed an opponent to score more than 112 points during their current five-game winning streak and they are coming off an impressive defensive effort against Memphis on Wednesday night.

The Rockets limited the Grizzlies to under 40% shooting from the field and 33% shooting from 3-point range in a 140-112 win where James Harden Westbrook combined for 63 points.

The players admit that the defensive intensity of the new guys is having an overall positive affect.

“That’s what we all have to do, not just the new guys, from top to bottom,” Harden said. “Like, whoever is on the floor you’ve got to bring it. You’ve got to make sure you’re engaged and locked in.”