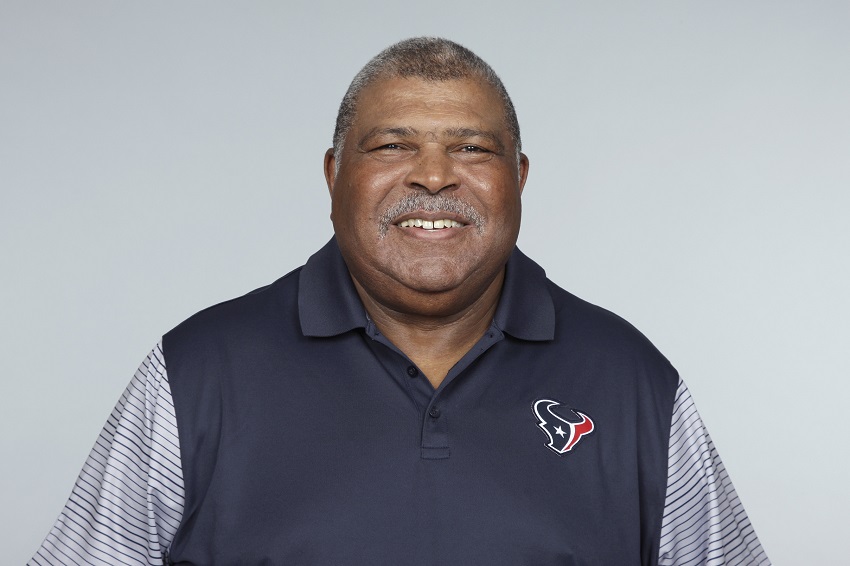 Veteran defensive coordinator Romeo Crennel was suddenly handed the keys to the Texans on an interim basis on Monday.

But from the sounds of it, during his first meeting with the local media on Wednesday, Crennel isn’t approaching the job as just the temporary head coach until Bill O’Brien’s replacement can be found. With the Texans off to a disappointing 0-4 start, O’Brien was fired as coach and general manager Monday after six seasons.

“Well, I think like just like any other head coach you have control of the team,” Crennel said when asked what his role will be with offense and defense going forward. “The game plan goes through me. The play calling also goes through me, and we’re going to try to make the best of it whether it’s special teams, offense or defense.”

This isn’t Crennel’s first rodeo as a head coaching in the NFL, having led the Cleveland Browns from 2005-2008 and also served as the interim coach of the Kansas City Chiefs during the 2011-12 season. Like O’Brien, Crennel comes from the Bill Belichick tree having served as the Patriots defensive coordinator prior to taking the job with the Browns.

“No, I think it’s helpful having done the job before because you have some idea about the workload that’s involved, about the responsibility that’s involved,” Crennel said. “Now it’s just a matter for me of working through what’s on the plate so that I can get into a routine because I haven’t been calling the shots for a while. Now I’ve got to get back into the routine.” 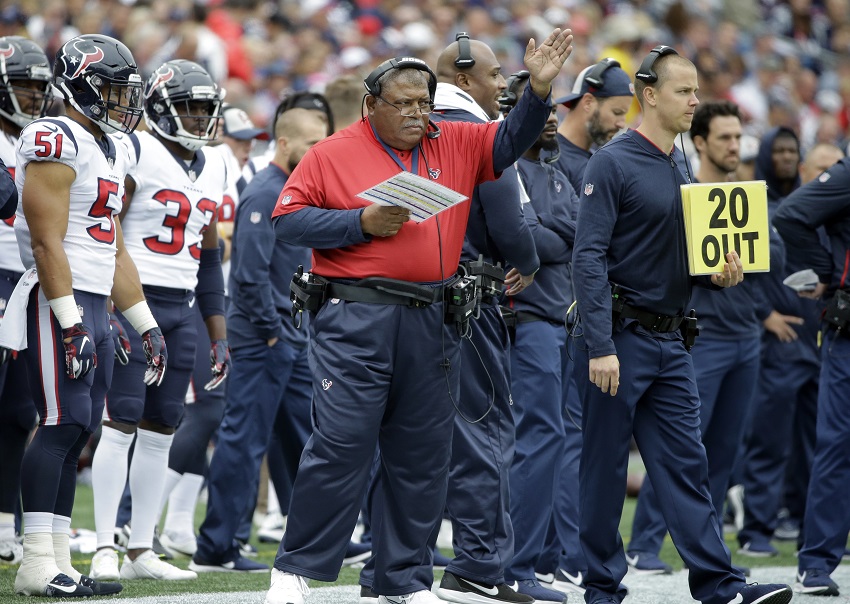 Crennel comes with the distinction as the NFL’s oldest head coach at 73 years old. He finds that amusing.

“I just found out I guess maybe yesterday, somebody mentioned that I would be the oldest coach to have coached a game in the NFL on Sunday,” said Crennel, who will lead the Texans this week when they take on AFC South rival Jacksonville at NRG Stadium. “I didn’t think about it that way. I think that I’m just a football coach and I enjoy coaching and that’s why I’m still coaching. So, I’m just going to try to make this team better and try to win a football game.”

And winning is what the players seem to be focused on now that there has been a change at the top. There were reports that many of the players had started to sour on O’Brien and questioned his ability to lead the team to victories.

Apparently, O’Brien got into several arguments with players and staff last week, including star defensive end J.J. Watt. Watt, of course, declined to discuss what transpired but instead kept the focus on the fresh start the team now has.

“I mean, when you’re 0-4, obviously things need to change,” Watt said following Wednesday’s first practice under Crennel. “It wasn’t working. I appreciate and respect what we had. We won four division titles in six years with Bill (O’Brien) and I appreciate that and that time.

“But obviously this year we’re 0-4 and stuff wasn’t working. When you have the talent that we have, specifically at the quarterback position in this league, you can’t be 0-4. We’re looking forward to doing what we can to get on the right track and looking to get our first win this weekend.”

Deshaun Watson, who was drafted by O’Brien, said he never saw the change coming but he is ready to move on with his teammates.

“Hell, I’m just trying to get a win. We’re sitting here 0-4,” Watson said to The Defender. “This is not where I want to be. This is not what I’m used to, so my main focus is getting prepared for Sunday.

“The owners and the staff that’s above that controls all that, that’s what they’ve got to do and that’s the timing that they wanted to make sure it happened and hey, that’s how it goes. For me, I’ve got to make sure that locker room is locked in and focused so we can go get our first W.”