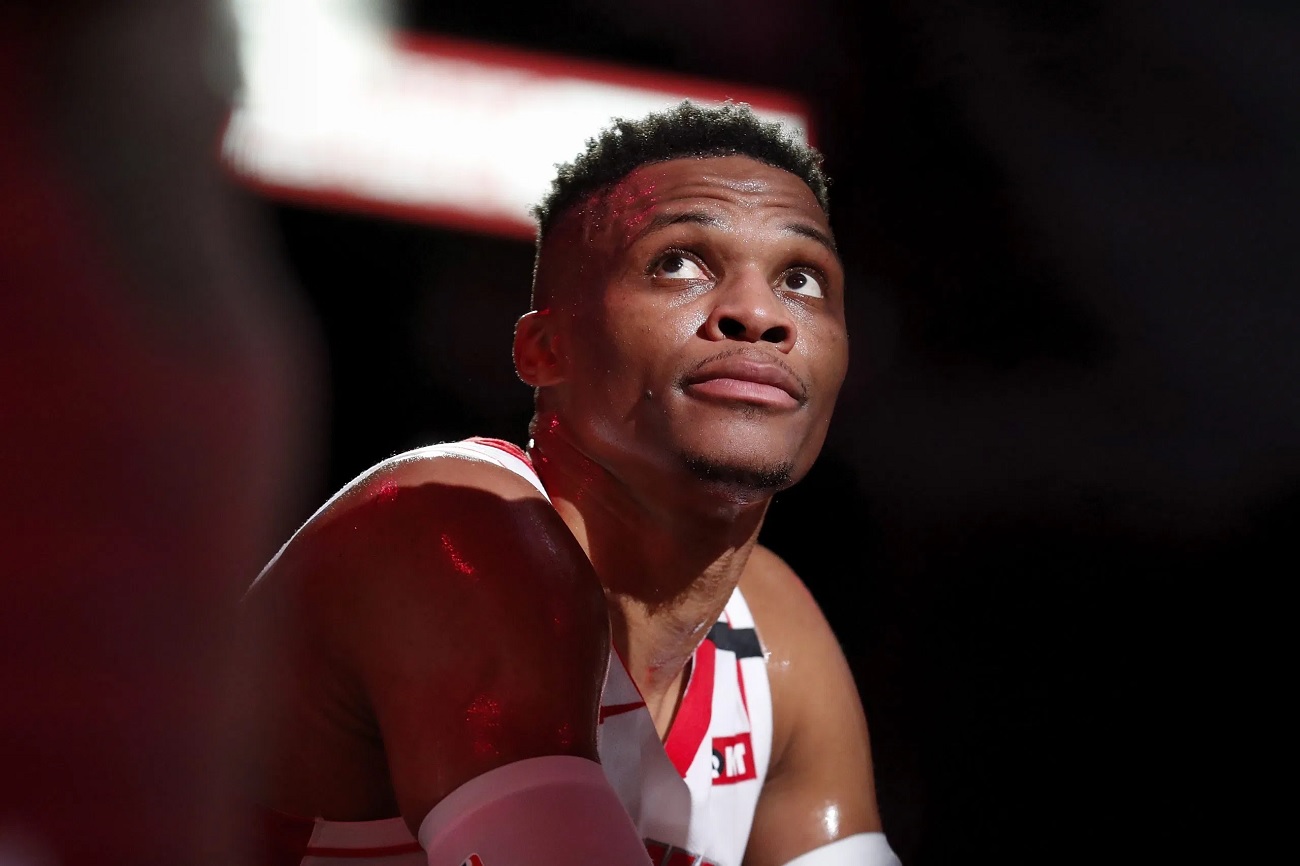 In an extended effort to bring awareness to social injustices, NBA star Russell Westbrook is creating shirts for his peers to wear, seemingly during warmups during the NBA season restart, that will feature new “off-the-list” slogans.

On Monday, July 20, the National Basketball Players Association (NBPA) announced in a tweet its collaboration with Westbrook’s clothing line, Honor the Gift, to design “player exclusive” shirts decorated with social justice messages. Westbrook’s new slogans did not make it onto the NBA’s approved list for use on the back of players’ jerseys for the upcoming restart. Westbrook himself also tweeted the news on Monday.

Honor the Gift is extremely proud to collaborate with the NBPA to create a collection of shirts that allow us players to shed light on social injustice, and honor the victims and families of those who continue to inspire us. pic.twitter.com/drf2f7NocD

The 31-year-old, who has become a fashion powerhouse in the NBA, created Honor the Gift in 2017. According to the athlete, HTG is a “brand of self-belief and dedication to honor the gift ‘he’ has given you, shaped into different product offerings that represent a personal promise to challenge all and achieve greatness no matter what hardship.” As far as the social justice shirts go, Westbrook’s list of slogans will include phrases like Systemic Racism, Police Reform, Break the Cycle, Strange Fruit, and many more. The shirts are set to provide more options for players to make a statement through their clothing, especially regarding police brutality and the Black Lives Matter movement.

I’m thankful for my humble beginnings in OKC. I’m thankful for the man above for allowing me achieve amazing things in my life. All of which has led me to create my own brand, Honor The Gift. @honorthegift I’d love to see y’all this Saturday. #whynot

By July 8, out of the 350 NBA players then expected to participate in the restart, 285 of them had elected to wear jersey slogans, ESPN reported that week. Another 17 by then had chosen to use their names instead, including LeBron James, who announced this month that he decided against replacing his last name on the back of his jersey because the phrases approved by the league didn’t “resonate with my mission, with my goal.”

During an interview with ESPN, the Los Angeles Lakers forward said, “I would have loved to have a say-so on what would have went on the back of my jersey.” He added, “I had a couple things in mind, but I wasn’t part of the process, which is OK. I’m absolutely OK with that … I don’t need to have something on the back of my jersey for people to understand my mission or know what I’m about and what I’m here to do.”

James’ teammate Anthony Davis also declined the offer, citing the meaning behind his surname. “I think the name ‘Davis’ is something I try to represent every time I step on the floor with my family. I was torn between the two,” Davis said earlier this month to Mark Medina of USA Today, “My last name is very important to me.”

Anthony Davis on not wearing a social justice phrase on his jersey: “I think the name ‘Davis’ is something I try to represent every time I step on the floor with my family. I was torn between the two.” AD added “my last name is very important to me.”

The NBA season was suspended in March as a result of the pandemic. The league announced in June that play would resume at Orlando’s Disney World complex at the end of July.