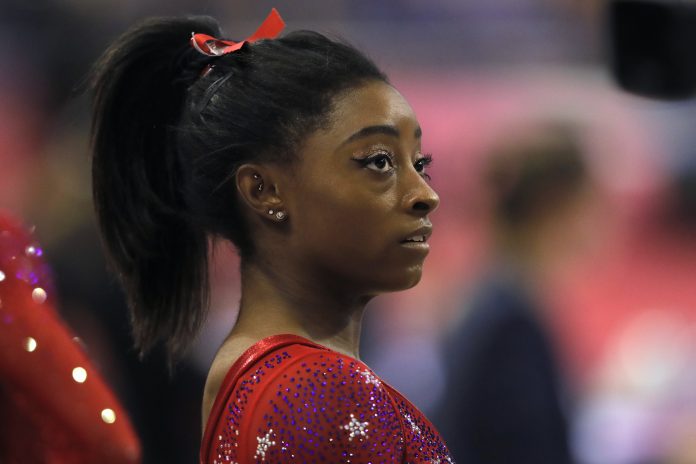 When USA Gymnastics sent Simone Biles a birthday wish via Twitter, she wasn’t too moved by it.

“HAPPY BIRTHDAY to the most decorated gymnast of all time,” they tweeted.” We know you will only continue to amaze us and make history!”

Even though they tagged the wrong Twitter account, the now 23-year-old saw the tweet and let them know that she still isn’t pleased with them after them not conducting an investigation regarding former USA Gymnastics team doctor Larry Nasser who was convicted of sexual abusing over 300 women, including Biles.

“How about you amaze me and do the right thing… have an independent investigation,” she fired back on Twitter.

The disgraced sports doctor is  now serving 300 years in prison after being sentenced in 2018. Women had began coming forward in 2015 and their cries fell on deaf ears for quite some time. After Biles revealed she was one of Nassar’s victims, she voiced her disappointment with USA Gymnastics and how they handled the issue.

“It’s hard coming here for an organization having had them failed us so many times,” she told FOX reporters back in 2019. “And we had one goal and we’ve done everything that they’ve asked us for, even when we didn’t want to and they couldn’t do one damn job. You had one job. You literally had one job and you couldn’t protect us.”

She added that when she meets new staff members she immediately becomes reluctant to engage with them.

“How can we trust them?” Biles said about USA Gymnastics. “They bring in new people all the time and I automatically put my foot up because the people that I had known for years had failed us.”

Biles has attended therapy to address the sexual abuse she endured.

“Everyone’s healing process is different and I think that’s the hardest part,” she said. “Because I feel like maybe I should be healed or this or that. But I feel like it will be an open wound for a really long time and it might not ever get closed or healed.”